And do this, understanding the present time: The hour has already come for you to wake up from your slumber, because our salvation is nearer now than when we first believed. The night is nearly over; the day is almost here. So let us put aside the deeds of darkness and put on the armor of light. Let us behave decently, as in the daytime... [C]lothe yourselves with the Lord Jesus Christ....
-Romans 13:11-14 (NIV) 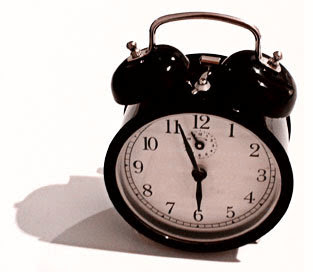 Who Would Jesus "Unfriend"? 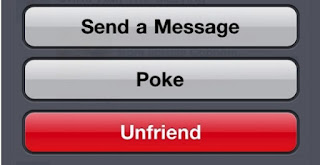 So President Obama in an interview this week came out in support of gay marriage.


It probably shouldn’t be all that surprising, really. Surveys indicate that a slight majority of Americans now favor giving homosexual couples the right to marry, and the President is, after all,  campaigning for re-election. I know some believers are outraged by his position, and by his quoting of Scripture to partially explain how he came to it. Obviously, this is an issue that awakens strong emotions. You know the arguments; the debate has to do with whether the government has more responsibility to legislate for biblical morality or to ensure equal rights for its citizens under law. I imagine you have your convictions about that, as do I. I don’t think so highly of myself that I imagine I can change your mind. Besides, I don’t think the debate is quite as simple as it seems to be to some on both sides.


It’s not always easy for me, as a believer, to know how to respond to things like this. That’s not because I don’t know the relevant Bible texts, by the way, or because I don’t believe them. I do, on both counts. The struggle I have has to do with the fact that living as a believer is always about more than reading text on a page. You might recall that Jesus was continually frustrated with religious folks who couldn’t seem to get their noses out of the Good Book long enough to know and care about real people. Remember Zacchaeus? The “good” people were outraged that Jesus would join him at his table, but it wasn’t until he took his seat there that “salvation came to [his] house.”
I thought of Zacchaeus this week as I scanned my Facebook page in the aftermath of President Obama’s interview with Robin Roberts: lots of talk about “abominations”. Lots of concern for the sanctity of marriage. Lots of Christians with strong opinions not afraid to share them. But something else, too: a short post by a college acquaintance hurt by five of his “friends” - believers, apparently - who had “unfriended” him.  This acquaintance is living in a long-term relationship with another man, and I guess those five former “friends” somehow equated removing him from their lists of friends with making a biblical stand against homosexuality. It certainly didn’t seem to be in response to anything he posted. I can’t speak to what those five people were thinking, of course, or to what’s in their hearts. But I admit I flashed on those folks in Jericho, shaking their heads and clucking over Jesus going to be the guest of a “sinner.”
Jesus, of course, discovered the “son of Abraham” underneath the sinner. The son of Abraham that no one else in town had apparently ever taken the time to discover.
Of course, Zacchaeus wasn’t gay, either. He just ripped people off. For some of us, greed is easier to forgive than homosexuality.
In his book unChristian, David Kinnamon of the Barna Research Group documents the results of a survey his group conducted in which Americans aged 16-29 were asked what word or phrase they most associated with Christianity. A staggering 91% said the word “anti-homosexual” was what first came to mind. Not “Bible”. Not “helping the poor”. Not “love”. Not even “Jesus”. More than nine out of every ten respondents in that age group said “anti-homosexual.”
I think that at least partially has something to do with that group’s general lack of first-hand experience with the church, coupled with the media’s portrayal of ignorant, hateful, intolerant Christians. One thing that statistic might suggest is that, one way or another, the church is losing a generation. Whatever we may think about homosexuality, whatever the Bible may say about it, the Great Commission does not have to do with going into all the world and making our opposition to homosexuality known to all people. When the church is known by 9/10 of the next generation of Americans more by what we’re against than what we’re for, then I don’t think it’s too pessimistic to think that it might be more than just a public relations problem.
You wonder if God isn’t about ready to start again with a new generation of people: people who might be able to see clearly enough to follow Jesus, people who really believe that salvation comes to human beings when he sits at their tables.
People who remember that, for the most, he sits down at tables only when his church does. And if we can’t, or won’t, then how do we think people are supposed to get to know him?
Of course the Bible has something to say about sexual morality. (Though, by the way, many believers find it harder to live by what the Bible says about sex than we like to admit.) It’s a morality that resists the easy availability of pornography and online affairs. It speaks against adultery, lust, and domestic violence, as well as homosexuality. It affirms sexuality within marriage. It proclaims that God has made us sexual creatures, and it also proclaims that we aren’t at the mercy of our urges, that there’s more to us than our sexuality. Most of all, it’s a morality that is firmly rooted in Jesus. It’s precisely because we’re the body of Christ that we value sexually sober and ethical lives. It’s because there is new creation in him that we’re able to say “no” to sexual immorality at all.
To be known more for what we’re against than for being the presence of Jesus in the world is to let go of the power of the gospel. It’s to embrace a form of godliness, while denying its power.
Jesus didn’t “unfriend” people when he saw them living in ways that their Creator didn’t intend. He didn’t walk away from them. He walked toward them, embraced them, called them away from isolation, invited himself to their homes, and brought salvation with him.
How is it that doing the same sometimes seems so hard for us?
People like my college acquaintance aren’t looking for us to approve of them or legitimize their existence. They’re looking for what anyone else is looking for: to be treated with respect, to find a place where they fit in, to love and be loved. They’re also looking for God, whether they know it or not, and in the gospel we have been given the good news that in Christ he’s been looking for them, too.
Our work is not to shun them, or to shame them, or to fix them. It’s to sit at their table, proclaim that gospel in their hearing, live it in their sight.
That’s what we should be known for.
Because that’s what our Lord was known for.
Posted by Patrick Odum at 3:49 PM 2 comments:

He said, “The knowledge of the secrets of the kingdom of God has been given to you,  but to others I speak in parables, so that,
“ ‘though seeing, they may not see;
though hearing, they may not understand.’
-Luke 8:10 (NIV) 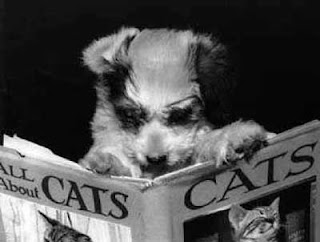 If you’re having trouble thinking clearly, don’t worry. It’s probably just your faith getting in the way of your thinking.