So do not be afraid of them. There is nothing concealed that will not be disclosed, or hidden that will not be made known. What I tell you in the dark, speak in the daylight; what is whispered in your ear, proclaim from the roofs. Do not be afraid of those who kill the body but cannot kill the soul. Rather, be afraid of the One who can destroy both soul and body in hell. Are not two sparrows sold for a penny? Yet not one of them will fall to the ground apart from the will of your Father. And even the very hairs of your head are all numbered. So don’t be afraid; you are worth more than many sparrows.
-Matthew 10:26-31 (NIV) 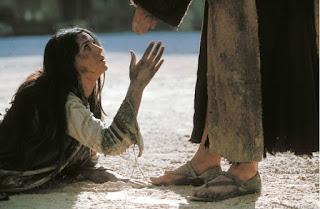 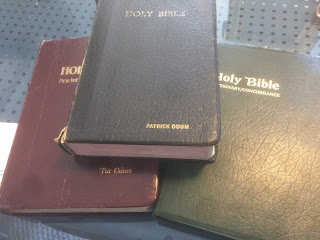 Posted by Patrick Odum at 2:15 PM No comments:

So then, whoever eats the bread or drinks the cup of the Lord in an unworthy manner will be guilty of sinning against the body and blood of the Lord. Everyone ought to examine themselves before they eat of the bread and drink from the cup. For those who eat and drink without discerning the body of Christ eat and drink judgment on themselves.
-1 Corinthians 11:27-29 (NIV) 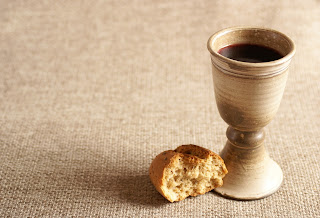 
May our celebration of Communion always reflect that we are the body of Christ.
Posted by Patrick Odum at 9:33 AM No comments: