In that day the deaf will hear the words of the scroll,
and out of gloom and darkness
the eyes of the blind will see. 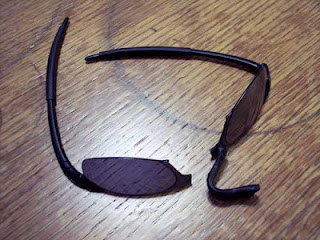 In putting everything under them,  God left nothing that is not subject to them.  Yet at present we do not see everything subject to them. But we do see Jesus, who was made lower than the angels for a little while, now crowned with glory and honor  because he suffered death,  so that by the grace of God he might taste death for everyone.
In bringing many sons and daughters to glory, it was fitting that God, for whom and through whom everything exists, should make the pioneer of their salvation perfect through what he suffered. Both the one who makes people holy  and those who are made holy  are of the same family. So Jesus is not ashamed to call them brothers and sisters.
Since the children have flesh and blood,  he too shared in their humanity  so that by his death he might break the power  of him who holds the power of death—that is, the devil —  and free those who all their lives were held in slavery by their fear  of death. For surely it is not angels he helps, but Abraham’s descendants. For this reason he had to be made like them,    fully human in every way, in order that he might become a merciful  and faithful high priest  in service to God,  and that he might make atonement for the sins of the people. Because he himself suffered when he was tempted, he is able to help those who are being tempted.
-Hebrews 2:8-11, 14-18 (NIV) 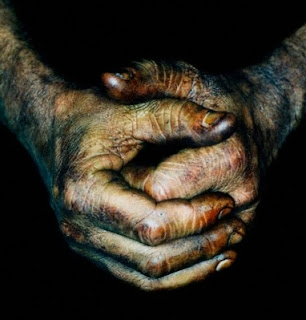 All right, I have a confession to make.
I’m a superhero geek.
As a kid, I read the comic books. Spider-Man, the Avengers, Superman, the Fantastic Four, X-Men, Batman - especially Batman. For a while there, I hardly ever missed a Batman comic. Back then (as now, I believe), D.C. alternated Batman stories in Detective Comics and the Batman title: part one of a story in Detective would be followed by part two in Batman, and so on. Every month, those two were my priorities.
Obviously, then, this is a big weekend for me as The Dark Knight Rises, the last film in Christopher Nolan’s excellent Batman trilogy, hits theaters.
I wouldn’t have been able to explain it as a kid, but what I like most about Batman is the - well, realism isn’t the right word, exactly - but Batman is a regular guy. Superman’s an invincible alien from another planet who can only be hurt by the rarest element in the universe. (Though a surprising amount shows up on Earth anyway.) Captain America’s a laboratory creation. The Hulk’s a mutant, Spider-Man was bitten by a radioactive spider, Iron Man wears a super-smart computer and arsenal. Batman, on the other hand, has no super-powers. He can’t fly, or run really fast, or talk to sea animals, or lift a truck. He’s just trained hard, and he uses his considerable resources to buy and make cool gadgets in order to right wrong and make a difference in his world.
I could always relate to Batman. He’s not from another planet, and he’s not another class of human being. He’s a regular guy who had some bad things happen to him, and he’s chosen to fight against the kind of bad things that happened to him so that they won’t happen to others. It costs Batman to do the things he does. He gets injured. He gets frustrated and angry. Every time he takes on another bad guy he puts himself on the line. I might hope that if I had Superman’s power I’d use it to fight for truth and justice and all that stuff, but honestly I can’t relate to him. Batman sweats and bleeds and hurts. Bullets don’t bounce off him. His bones break, just like any other human being’s. And, whether it’s really likely in the comics or movies or not, every time Batman chooses to fight evil, he could die.
Sometimes I think we tend to think of Jesus as being kind of like Superman. He has all these powers. He can do all these amazing things. He chooses to use that power selflessly, to help human beings, but he’s not really like us. He can pass as one of us, at least for a while. But he’s different. He’s more than human, which is to say not really human at all.
It’s understandable that we’d think of Jesus in this way. After all, he can heal. He knows things he shouldn’t know. He can stop storms, change the form of water or stones, make a meal for thousands from a little bread and fish. He can even raise the dead. And, just when you think he’s dead, he comes back to life, where he can apparently dematerialize through walls and transport himself anywhere in an instant.
The trouble is that thinking of Jesus in this way alienates us from him. How can you relate to someone like this? How can you imagine trying to be like him? And how can you hope that he understands what you’re struggling with, or cares about the things that are causing you pain?
Let me suggest to you that the Jesus we need is more like Batman than Superman.
I don’t mean that Jesus is only human. But I do mean that he’s completely human. That is to say, whatever more he is, he is fully, completely, and definitely human. The writer of the book of Hebrews says that Jesus was made perfect through what he suffered. In other words, there was something about the work Jesus came to do that would have been left incomplete if he hadn’t come as a human being. Jesus and the people he came to save are of the same family, he goes on to say - a relationship that Jesus isn’t ashamed to own.
And the writer of Hebrews reminds us that Jesus owns the human condition all the way to its inevitable end; he dies, as human beings do. And, in so doing, he breaks the power of death for every person who believes in him. He becomes a “merciful high priest” by being “made...fully human in every way,” and making atonement for the sins of all people. Instead of fighting evil, Jesus takes it into his own human flesh and bone, absorbs its death blow, and then rises from the dead to offer life and forgiveness to everyone.
Not only that, but this human Jesus lives to help us as we resist temptation. Being fully human, he understands what temptation is. He knows that sometimes sin looks good, that one of the reasons we human beings do wrong so often is that it works to ease our pain, satisfy our hungers, and calm our anxieties. He knows what temptation is, and he helps us in our own struggles against it.
Jesus paid for the salvation he secures for us. He paid with pain and weariness and sorrow and betrayal and death, and he paid with those things because they are part and parcel of what it means to be human. So the next time you doubt anyone knows you, or cares about you, or understands what you’re suffering, know that Jesus does. Jesus does, and he’s bled and died to give you life and hope and forgiveness and peace.
All without a cape and mask.
Posted by Patrick Odum at 8:14 PM No comments:

In the beginning God created the heavens and the earth.
Now the earth was formless and empty, darkness was over the surface of the deep, and the Spirit of God was hovering over the waters.
And God said, “Let there be light,” and there was light.
God saw that the light was good, and he separated the light from the darkness.
God called the light “day,” and the darkness he called “night.” And there was evening, and there was morning — the first day.
-Genesis 1:1-5 (NIV) 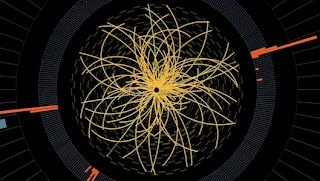