Even If He Does Not

King Nebuchadnezzar, we do not need to defend ourselves before you in this matter. If we are thrown into the blazing furnace, the God we serve is able to deliver us from it, and he will deliver us from Your Majesty’s hand. But even if he does not, we want you to know, Your Majesty, that we will not serve your gods or worship the image of gold you have set up. ”
-Daniel 3:16-18 (NIV) 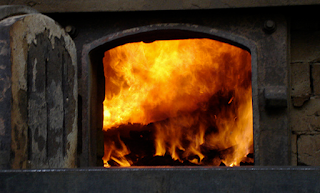 
Even when…especially when…he, for a moment, does not.
Posted by Patrick Odum at 3:55 PM No comments:

The Power of Wow

All your works praise you, LORD;
your faithful people extol  you.
They tell of the glory of your kingdom
and speak of your might,
so that all people may know of your mighty acts
and the glorious splendor of your kingdom….
My mouth will speak in praise of the LORD.
Let every creature  praise his holy name
forever and ever.
-Psalm 145:10-13, 21 (NIV) 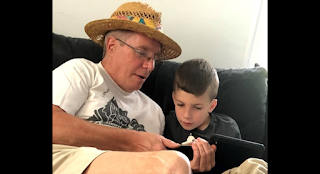 
Who knows what lives your “Wow” might touch?
Posted by Patrick Odum at 2:17 PM No comments:

…[T]hey rounded up some bad characters from the marketplace, formed a mob and started a riot in the city. They rushed to Jason’s house in search of Paul and Silas in order to bring them out to the crowd. But when they did not find them, they dragged Jason and some other believers before the city officials, shouting: “These men who have caused trouble all over the world have now come here.… They are all defying Caesar’s decrees, saying that there is another king, one called Jesus.”.
-Acts 17:5-7 (NIV) 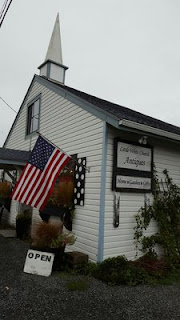 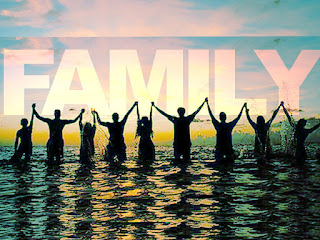 Posted by Patrick Odum at 2:27 PM No comments:

…[H]e himself is our peace, who has made the two groups one and has destroyed the barrier, the dividing wall of hostility, by setting aside in his flesh the law with its commands and regulations. His purpose was to create in himself one new humanity out of the two, thus making peace, and in one body to reconcile both of them to God through the cross, by which he put to death their hostility.
-Ephesians 2:14-16 (NIV) 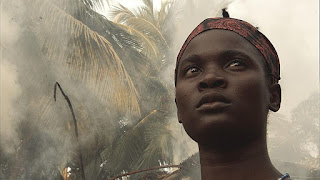 Angela came to North America in the same way millions of people have through the centuries: against her will. She arrived in 1619 at the Jamestown colony, already the victim of war, a miserable transatlantic crossing, and an attack by pirates. She seems to have been the first, or at the very least one of the first few, Africans brought as slaves to what would become America.
Angela isn’t her real name, of course; only her Anglicized one. She was taken during a war in Kongo, in West Africa, part of the “cargo” of Portuguese slave traders intended for a colony in Vera Cruz,  Mexico. More than 120 Africans died on the ship from the overcrowded conditions alone. The Portuguese ship was attacked en route by British pirates on two ships, The Treasurer and The White Lion. Angela was taken aboard The Treasurer and eventually to Jamestown, where she was traded for food.
We know from census records that she ended up in the household of Captain William Pierce. She survived a Powhatan attack on the colony that left 347 colonists dead, and a famine that followed. So far, we don’t know much more about Angela.
We don’t know anything about her life in Kongo. Presumably, she was treated like a person there. In North America, she was treated as currency. Or property. Here, her value was determined by her labor or her equivalent in food. As a person, innately, she had no value.
The same year she arrived in Jamestown, 1619, was also the year of the meeting of the first General Assembly in Jamestown. That assembly has been called “the oldest continuous law-making body in the western hemisphere.” So, literally, slavery in America is as old as democracy.
On this year's 400th anniversary of the arrival — the forced arrival, lest we think they had a choice in the matter — of Angela and those like her in America, researchers are hard at work trying to reconstruct all the historical facts they can about her capture, her voyage, and her life in America. James Horn, a historian and president of the Jamestown Rediscovery Foundation, explains his interest in Angela as “being able to put a name to her and identify her in a place.”
I think that’s commendable, of course, and I do hope we learn much more about Angela.
I just wish it hadn’t taken us as long as it did to care about her, and people like her.
If someone had put a name to Angela long ago, maybe she wouldn’t have been traded as currency for food. Maybe she would never have been ripped out of her homeland, away from family and friends and the only life she had ever known. Maybe she would have built a life for herself there, married and had children and grown old and been buried there like her ancestors had been. Instead, she was forcibly relocated to a place that would never be her home, forced to redefine her life as the possession of someone else.
That’s the only way, of course, a normal human being can mistreat other human beings: forget they have a name, forget they have intrinsic value, forget they have a past and a family and hopes and dreams for the future.
Slaveowners were able to tell themselves that they were bettering their slaves’ lives; after all, they taught them to read (sometimes), taught them the Bible, taught them to dress in Western clothing. The inherent bias that the way of life they forced on those slaves was an improvement — even in captivity — over their previous lives is breathtaking.
We still do it, of course. We convince ourselves that some people are “other”. The non-working poor are lazy parasites. Immigrants are invaders threatening our way of life. Muslims are radicals looking to subvert our laws with Islamic Sharia. Democrats are socialists, Republicans are fascists, homosexuals are perverts laying in wait for our children. It seems the rule in our world is to dehumanize people who are different from us. Even, maybe especially, in the church.
But we didn’t learn that from Jesus. What we learned, Paul says, or should have learned, is that in Jesus God wasn’t trying to separate good from bad, sinner from saint, right from wrong, approved from non-approved. Though sometimes we use Jesus in that way, that wasn’t God’s intent. Paul uses one of the most complicated social distinctions the church could wrestle with, Jew vs. Gentile, to show that through the life, death, and resurrection of Jesus God was actually creating one, new united humanity. He intended to erase the things that keep us separated — not the things themselves, but the “commands and regulations” based on those differences that keep us from making peace. He set them aside “in his flesh.” “In his body,” he reconciled all people to God through the cross. As he died, so was human hostility intended to die, the kind of hostility that denies someone a name and a right to self-determination.
If we all need the death of Jesus to reconcile us to God, maybe we aren’t all that different. Jew/Gentile, white/black, gay/straight, sinner/saint, Democrat/Republican — at the level ground around the cross, it’s hard to tell us apart, isn’t it? We’re all people in need of God’s grace.
So as we enjoy God’s grace, may we show it to others who need it too. As we are reconciled to God through Jesus, may we try our best to be reconciled to other people. As we do, we’ll become what we were intended to be: a holy temple  in the Lord” and “a dwelling in which God lives by his Spirit.”
We’re all people who matter enough to Jesus that he died for us. We’re all people with names and stories that God cares deeply about, names and stories too holy and too important to be lost. Let’s be sure that we put names to each other.


And let’s never forget that, whatever other names we may be called, the goal is we will all be called by Jesus’ name one day.

Posted by Patrick Odum at 2:23 PM No comments: