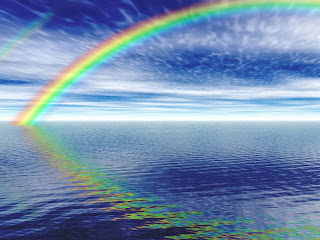 Posted by Patrick Odum at 2:12 PM No comments:

“So, my dear family, be firmly fixed, unshakable, always full to overflowing with the Lord’s work. In the Lord, as you know, the work you’re doing will not be worthless.”
- 1 Corinthians 15:58 (The Kingdom New Testament)

The National September 11 Memorial Museum, which will open next year at Ground Zero, will no doubt enshrine numerous heroes who gave their all under tremendous pressure to help save lives on that terrible day 12 years ago. Firefighters, police officers, airline passengers who attacked terrorists, regular people on the streets of New York and Washington will no doubt grace the Museums halls.
One life-saving hero, though, will quite literally be part of the Museum.
When Arturo Lamberto Ressi came from Italy in 1967 to work on the World Trade Center, his specialty was retaining walls. The WTC foundations had to extend 70 feet below sea level, and to excavate to that depth a retaining wall would be necessary. So Ressi’s company dug a 70-foot trench, which they filled with slurry (a mixture of water and bentonite) to keep the walls from collapsing. Then they dropped in a giant cage of rebar, and pumped in concrete around the cage to form a wall. The slurry wall created an 11-acre area in which the necessary excavation could take place.
Mr. Ressi was no doubt pleased with his wall, but when the finished project is the two tallest buildings in the world, no one remembers the concrete slurry wall that made the project possible. Even Mr. Ressi said, before his death in August of this year, “I never thought I would have seen that wall again in my life.”
And he wouldn’t have, of course. Except for September 11, 2001.
When the towers collapsed, Mr. Ressi’s wall was subjected to strains he never imagined it would have to endure. But it held. It held, and because it held, millions of gallons of groundwater didn’t come pouring into the foundation. And because of that the PATH tunnels weren’t flooded. And neither were the subway tubes.
Imagine how much worse things would have been if the Hudson River had flooded Lower Manhattan hours after the attacks.
But, 34 years later, Mr. Ressi built a wall no one ever see again, as far as anyone knew. But he took pride in it, and built it as well as he knew how, and when the soaring steel and concrete lay twisted and broken, his wall held.
So Mr. Ressi will be in the Museum. But so will his wall. A large section of the wall has been left exposed and incorporated into the design of the huge Foundation Hall.
In our world, of course, the work that most everyone can see is the work that’s deemed valuable. We honor the pop stars who dance and sing on stage, not the tradesmen and technicians who build the stages and wire the sound and lights. We glorify the college athletes who compete on fields and courts, not the students who work hard to better themselves and the world around them. We watch every move that royals make, follow celebrities and their scandalously prodigal and profligate lives, and ignore those who operate community centers, shelters, and pantries.  We get caught up in thinking that we’re failures as parents if our kids aren’t the best at everything they do, that we’re failures in our careers if we don’t rise to the top, that we’re failures as spouses  if we don’t live in spotless houses with manicured yards where the sex is always great and the food is always gourmet.
We’re all flash, no substance.
In short, there’s no honor for the slurry wall builders of the world.
I’ve felt it. I have good friends who are very successful in the field of professional ministry. They’re sought-after speakers, keynote the biggest lectures, teach at the university level. They lead big churches, are consulted by important people. And, they’re good guys, at least as devoted as I am to the Lord.
And, sometimes, on my less admirable days, I wonder, “What do they have that I don’t?”
The answer of course, is that I have my work to do. And they have theirs. And that’s when things go much better for me. When I remember that. I have work from the Lord to do that no one else has been given. And I have much better days if, instead of worrying about who notices my work, or how to keep score, I just do my best for the Lord. When I build my slurry wall, and know that it matters, because nothing I do for the Lord is in vain.
It’s not in vain because he knows. If no one else sees my work, he does. If no one else knows the difference it makes, he does. If no one else appreciates my efforts, he does.
It’s not in vain because God doesn’t give people insignificant work to do. Sometimes, sure, we waste our time and energy on the insignificant. But that’s because we’re chasing something that has nothing to do with his work in the world. But when we start paying attention to what he’s doing, and to how he wants to use us to get it done, we start discovering how very full our lives can be. And what a difference we can make in our world, and in the lives of the people around us.
Finally, it’s not in vain because God’s work lasts. It never fades, or crumbles, or decays. God does things that have to do with resurrection, with renewal, with the immutable, imperishable, and immortal. You can’t say that about anything else you’ll ever do in your life.
So let’s build our slurry walls. God calls all of us, from time to time, to do things that no one notices or knows about. He calls us to do things that are un-glamorous and unspectacular. Cry and pray with a friend. Hold the hand of someone who’s sick. Feed someone who’s hungry. Read to our kids, cuddle with our spouses, call our parents. Say a word about Jesus to someone who’s lost and hurting.
It may not seem like much, but know that your work in the Lord is never without worth.


But just try to imagine what would happen if we quit doing our jobs.
Posted by Patrick Odum at 3:50 PM No comments:

But with me it is a very small thing that I should be judged by you or by any human court. In fact, I do not even judge myself. For I am not aware of anything against myself, but I am not thereby acquitted. It is the Lord who judges me. Therefore do not pronounce judgment before the time, before the Lord comes, who will bring to light the things now hidden in darkness and will disclose the purposes of the heart. Then each one will receive his commendation from God.
-1 Corinthians 4:3-5 (English Standard Version)


And then let’s rise in the power of grace and forgiveness, in the name of Jesus.
Posted by Patrick Odum at 2:53 PM No comments: