Poverty, By the Numbers


Sell your possessions and give to the poor. Provide purses for yourselves that will not wear out, a treasure in heaven that will not be exhausted, where no thief comes near and no moth destroys. For where your treasure is, there your heart will be also.
-Luke 12:33-34 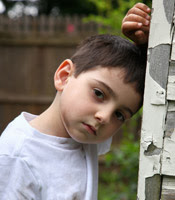 About a month ago, the US Census Bureau reported on poverty in America. Among the sobering statistics:


The Census Bureau report from which these numbers come is based on a new federal definition of poverty that takes factors like geographic location, medical care, transportation costs, child care, and other expenses into account. While most experts expected to see the numbers rise, they’re still startling. They point out that even in a nation as prosperous as America, the biblical promise that “there will always be poor people in the land” still resonates. So does the mandate for God’s people to “give generously to them and do so without a grudging heart.” While we can always seem to find justification for ignoring the poor, or sometimes even for taking advantage of them, the fact is that being “hardhearted and tightfisted” and withholding help from the poor makes us guilty of sin. (See Deuteronomy 15:7-11.)
The thing about America is that, unless you’re poor yourself, you can choose to avoid  the ugliness of poverty. We can stay away from certain neighborhoods in our cities, or choose the more affluent suburbs over the blighted ones. We can tell ourselves stories about why the panhandlers on the street corners and in the intersections are there, and even convince ourselves that that’s the way they want to spend their days. But maybe the choices we can make to keep the poor at arm’s length should remind us that choices are exactly what poverty takes away: the choice to live where you prefer, to eat what you want, when you want, to send your child to a better school, to get adequate medical care for your family.
The numbers in that Census Bureau report point to people and families who don’t have the choice to avoid the ugliness of poverty.
Give some time to a food pantry or soup kitchen sometime, and you’ll meet some of the people behind those numbers. (If you’re in Chicago, you can find a place to volunteer here. Or just call or come by the church and we’ll put you to work in our pantry! If you’re outside Chicago, try here.) You’ll meet people like a woman I spoke to recently who pretty regularly has a can of Pepsi for dinner so her kids can eat whatever food is in the house. Or the senior who can’t always find enough food to eat so that he doesn’t have to take his medications on an empty stomach. Or the guy whose housepainting business has tanked and who has to swallow his pride and come ask for help. These aren’t people who prefer to sleep on the subway, or who’d rather beg or drink or smoke than work. They’re people who, for various reasons often not of their own making, can’t feed themselves, their spouses, or the kids they’d gladly die for it if would help to fill their stomachs.
Jesus probably said nothing more clearly than when he told his followers to trade ownership for generosity, possession for sharing. He doesn’t give us the luxury of avoiding the problem of poverty. Neither does he allow us to shift the responsibility: either to the poor, or to government agencies or social service organizations. He proclaimed that one of the signs of God’s kingdom breaking into the world was good news preached to the poor. He gave his people the responsibility of translating that good news into real acts of love, mercy, and service on behalf of people whose daily lives are haunted by the specter of need. We’re never more like him, or more faithful to his gospel, than when we share our food, our clothing, our time, our money, and our lives with the poor.
They aren’t hard to find. In fact, you probably already know them. They clean your office  or your school, make your coffee, bring your food. They live down the street from you in run-down houses that they paid off years or decades ago when they were regular wage-earners.They’re struggling alone to raise children whose fathers are in prison, or to care for ailing spouses or parents while medical expenses eat up their income. They’re young families upside-down on bad mortgages. They sit alone, day after day, while disabilities eat up their self-esteem along with their prime earning years.
They sit in the pews behind us or in front of us, in their Sunday best, trying not to think about where they’ll have lunch until after the service.
May God give us eyes to see their struggles and come near to help. I know that the problem can seem overwhelming. But the good news of the kingdom of God is that he loves the poor. And that he loves them mostly through his people.
So we must not abdicate our responsibility. Yes, it’s true, the most important need every person has, including the poor, is the need for Jesus. But for at least 46.2 million of our friends, neighbors, and colleagues, that’s not the most urgent need. The most urgent, the ones they’re feeling most sharply, are the basic needs for food, shelter, clothing, and medical care. So we can’t delude ourselves by distinguishing between their physical needs and their spiritual needs, as though the poor are able to consider them separately. The Bible, I think, would call the kind of faith that allows those in need to go away unfilled by one word - “dead”.
So look around. Find the people to whom God is calling you, the poor who need to hear the good news of the kingdom of God in your words and actions of mercy. Volunteer, serve, give, pray.
Caring for the poor begins by caring about the poor.
Posted by Patrick Odum at 4:59 PM