We are hard pressed on every side, but not crushed; perplexed, but not in despair; persecuted, but not abandoned; struck down, but not destroyed. We always carry around in our body the death of Jesus, so that the life of Jesus may also be revealed in our body. For we who are alive are always being given over to death for Jesus’ sake, so that his life may also be revealed in our mortal body.
-2 Corinthians 4:8-11 (NIV) 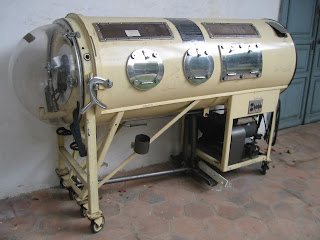 Susan Jacoby authored an opinion piece in the New York Times’ “Sunday Review” section last week called “The Blessings of Atheism.” It’s an interesting piece, largely because it grapples with the problem of suffering in general, and the Sandy Hook Elementary school tragedy in particular, from the perspective of a person who has no belief in a divine being of any kind. It’s Jacoby’s attempt to respond to what she perceives as a “widespread misapprehension that atheists believe in nothing positive.”
To make her case she first goes back to the origins of her own atheism: the sickness and eventual death of a childhood friend from polio. She remembers asking her mother, “Why would God do that to a little boy?” to which her mother replied, “I don’t know. The priest would say God must have his reasons, but I don’t know what they could be.”
Jacoby says that her mother’s uncertainty “telegraphed her lack of conviction.” Maybe, but that’s quite an assumption for a 7-year-old to make. Perhaps a “widespread assumption” of atheists about believers is that we only have two modes: blind, rabid faith and hypocrisy. Another way of reading her mother’s uncertainty is that she was wrestling with the same thing believers throughout the centuries have wrestled with: faith in God and confusion over the events he allows to happen in a fallen world.
When the Salk vaccine went on the market two years later, Jacoby’s mother suggested to her that God may have guided the research, to which Jacoby replied, “Well, God should have guided the doctors a long time ago so that Al wouldn’t be in an iron lung.” A completely understandable position to take, of course, and just as completely misguided. One of the convictions of believers is that we don’t dictate timing to God, but trust in his wisdom, grace, and strength when his timing doesn’t match ours.
This is the “blessing” that Jacoby finds in atheism: being free from the questions that the person of faith has to wrestle with in the face of evil and suffering.

“When I try to help a loved one losing his mind to Alzheimer’s, when I see homeless people shivering in the wake of a deadly storm, when the news media bring me almost obscenely close to the raw grief of bereft parents, I do not have to ask, as all people of faith must, why an all-powerful, all-good God allows such things to happen.”

That’s one question to ask in the face of suffering, of course. Another, one that people of faith have often asked in response to suffering, is this: “How might God use me to alleviate this pain? How might I be a channel of his grace to serve that loved one, care for those homeless, comfort those grieving parents?” Our faith in a loving, compassionate God who cares for the grieving, the weak, the marginalized, and the oppressed isn’t seriously shaken by the suffering we see around us. It reminds us that the world in which we live is not what God wants it to be, it reminds us to do what we can, when we can, to set it right, and it reminds us to live with anticipation of the day that God renews and restores his creation.
Jacoby quotes with approval Robert Ingersoll’s eulogy at the funeral of a friend’s child in 1882: “They who stand with breaking hearts around this little grave, need have no fear. The larger and the nobler faith in all that is, and is to be, tells us that death, even at its worst, is only perfect rest ... The dead do not suffer.” She finds this eulogy to be comforting, somehow, and I’m happy that she does. But - and I’m obviously not objective - it doesn’t seem to me to answer the argument that atheists believe in nothing positive. Ingersoll’s eulogy strips away the hope of the gospel - a hope certified by the historic event of Jesus’ resurrection - and leaves his grieving friend with the obvious. “The dead do not suffer.”
Reading Jacoby’s piece, I thought of Paul’s words. He didn’t try to ignore the questions that human evil and suffering raised. He didn’t try to ignore them, or sugarcoat them, or spin them. He didn’t even try to explain why God lets suffering and pain happen.
Maybe that’s the reason that sometimes people of faith aren’t very convincing or comforting in the face of suffering either; maybe we try to explain too much, and wind up saying too little. Paul doesn’t say that God is present in spite of suffering, or that he works around suffering. That leaves us with a God who, at best, is clever in adapting to the suffering that threatens at every turn to overthrow his plans. That’s not much of a God at all.
What Paul says, in fact, is that God is at work even in suffering. Believers suffer too; we may well be hard pressed, perplexed, persecuted, and struck down. We don’t always have answers to give, like Susan Jacoby’s mother wrestling with the awful reality of her daughter’s friend in an iron lung. Death is a reality for us, just like it is for every human being on the planet. We carry death around with us.
But God comes to us in all our suffering, with the stench of death all around us. He comes in the person of Jesus, and he suffers, and he dies. He lives with us and takes on all the suffering of human existence - even to the extreme of death.
And then God does something totally off the map. He raises Jesus from the dead. And, for believers, our own deaths are transformed into “the death of Jesus,” and our faithfulness in suffering displays “the life of Jesus.” Death, suffering, and evil are turned back. Even in our suffering, our faith and hope and love witness to resurrection. We’re not crushed, or abandoned, or in despair, or destroyed. Our suffering and death are redeemed by his, and he shares his life with us.
I understand why Susan Jacoby doesn’t believe. I applaud without reservation her desire to give meaning and comfort to those who suffer and grieve. But, with respect, I don’t find what she can offer adequate to the task. The evil and pain in our world doesn’t negate the existence of a loving, compassionate God. It cries out for it. Demands it.
May our lives be a quiet, convincing, powerful witness to God’s redemptive power in Jesus Christ.