If you declare with your mouth, “Jesus is Lord,” and believe in your heart that God raised him from the dead, you will be saved.
-Romans 10:9 (NIV) 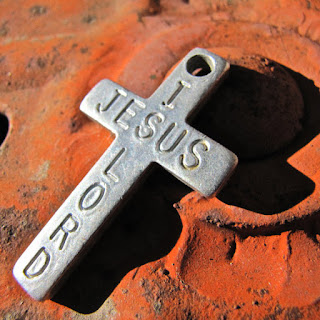 Grant Stubbs and Owen Wilson, from Blenheim, in New Zealand, know that they’re fortunate. But ask them about it, and they would probably attribute their good fortune to something more than luck.
Grant and Owen were flying their homemade ultralight aircraft when they ran out of fuel. A ridge loomed in front of them, behind which was the ocean. Knowing that they were running out of altitude and landing space at pretty much the same rate, they started to pray. “[We’re] both Christians, Grant explained, “so our immediate reaction in a life-threatening situation was to ask for God’s help.”
Owen and Grant prayed that they would make it over the ridge in front of them, and that they would find a safe and dry landing spot. The first prayer was answered as the plane glided over the ridge. And then so was the second prayer.
“We crossed the ridge and there was an airfield, said Owen. I didn't know it existed till then.”
The pair brought their plane in for a safe landing on a grassy strip beside a twenty-foot sign. No doubt they caught their breath, brought their heartbeats under control – and then one of them noticed the sign that they were parked beside. “When we saw that, we started laughing,” chuckles Grant.
The sign read “Jesus is Lord” in twenty-foot letters.
Ever feel like you need a twenty-foot reminder like that? Few of us will ever be in a situation like the one Owen and Grant found themselves in, but all of us have found ourselves facing unexpected crises and uttering desperate prayers. At times like those, it means something, doesn’t it, to believe and to remember that Jesus is Lord? After all, if Jesus is Lord then sickness isn’t. Neither is death. If Jesus is Lord, then neither heartbreak nor disappointment have ultimate power over me. If Jesus is Lord, then my own sin and the sins of others against me are petty tyrants near to overthrow. If Jesus is Lord, then what do we have to fear? If Jesus is Lord, then no matter what else may be true there is always reason for confidence, hope, and peace.
It’s easy to panic, though. It’s easy, in our fear and anxiety and desperation, to forget what we mean when we say that Jesus is Lord. When we panic, we try to seize control of our lives instead of living in submission to the Lord. When we’re afraid, we tend to fixate on our fears instead of his love and faithfulness. When we’re anxious, we fail to act in faith.
I have a suspicion that the reason we forget that Jesus is Lord when we’re suffering and hurting and afraid is that we don’t much live like Jesus is Lord when life is going well. We find ourselves giving obedience to the tyranny of the urgent. We bow our knees to our own ambition. We trust in our own strength and competence. We rush to offer tribute to our own impulses. It’s not that we wouldn’t say that Jesus is Lord, and mean it – it’s just that, practically speaking, there are so many other lords that clamor for the right to call the shots in our lives.
So I guess it’s no wonder that when trouble comes, we can get a little confused. We still look for answers and salvation in our strength and competence, and find that we come up short. We find ambition to be vanity and our impulses to be useless. And if we’re lucky, at that moment, when all our other hopes fail, we come to understand what we really mean when we say that Jesus is Lord.
And what we mean is simply this: Jesus is Master, and there is no other. To a Jewish person, Paul’s confession that “Jesus is Lord” means that he and God are one – “Lord” was the word Jews used to refer to God without speaking his name. To a non-Jew, to say “Jesus is Lord” was to repudiate the pagan gods and their claims to mastery over the lives of their devotees. “Jesus is Lord,” then, isn’t a pious religious platitude for the air-conditioned, carpeted, and padded sanctuary of a church building. It isn’t a slogan to be emblazoned on t-shirts, coffee mugs, and bumper stickers. It’s more a defiant shout, a declaration of war, an affirmation of trust, a call to hope:

“God raised him up to the heights of heaven,
and gave him a name that is above every other name,
so that at the name of Jesus every knee will bow,
in heaven and on earth and under the earth,
and every tongue will confess that Jesus Christ is Lord,
to the glory of God the Father.” (Philippians 2:9-10, New Living Translation)

To say “Jesus is Lord” is to say that we trust him with our lives. It’s to say that we believe in his faithfulness and hope in his protection. But it’s not just to say it; it’s also to live it out. To live as if Jesus is Lord is to stare down fear and timidity and walk into the world as he did, with our heads up, able to look evil in the face and even accept its hatred and violence if need be, knowing that our crucified and risen Lord won’t leave us alone or helpless.
To say “Jesus is Lord” is to say that we’ll obey him. It’s to let him call the shots in our lives. It’s to accept his gentle reproofs and rebukes, knowing that he has our best interest at heart. To say “Jesus is Lord” is to leave behind what he says to leave behind, even if it’s near and dear to us. It’s to take up what he says to take up, even if it’s hard, even if it hurts. To say Jesus is Lord is to be willing to carry our crosses in the footsteps of the Lord who carried his cross for us. It’s to love the people around us the way he did: by sharing in their lives, pointing out the many ways in which God is making himself known to them, and serving them in love.
To say “Jesus is Lord” is to say that, ultimately, we have nothing to fear and no reason to doubt. It’s a calm and unshakable confidence that one day every tongue in the universe will be compelled to share in the understanding that we have already been given. And when our own tombs are split open and empty, we’ll stand and hear – and join in -- the confession of the cosmos: “Jesus is Lord.”
On that day, a twenty-foot sign will be unnecessary. To say the least.
Posted by Patrick Odum at 9:44 PM