A Taste of God's Grace

“This is now bone of my bones
and flesh of my flesh;
she shall be called  ‘woman,’
for she was taken out of man. ”
That is why a man leaves his father and mother and is united  to his wife, and they become one flesh.
- Genesis 2:23-24 (NIV) 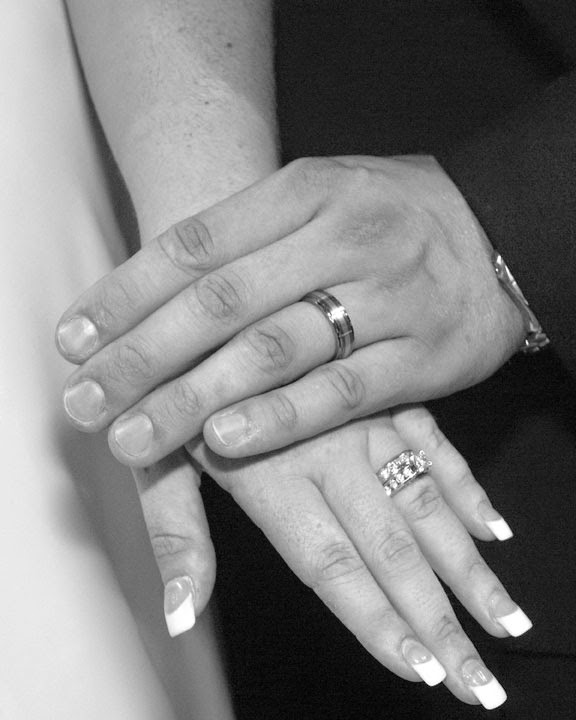 Next week, my parents will celebrate their fiftieth wedding anniversary. Here’s some of what was going on in the world that year:


Also in 1964, Lyndon Johnson beat Barry Goldwater in the Presidential election. Nelson Mandela was sentenced to life in prison on Robben Island. Mary Poppins premiered in Los Angeles. The Ranger 7 satellite sent the first close-up pictures of the moon back to earth. Northern Rhodesia achieved independence from Great Britain and became the Republic of Zambia. A baby named Michelle LaVaughn Robinson was born in Chicago. (Later to marry a young man from Hawaii named Barack Obama.) And Elizabeth Taylor married Richard Burton. For the first time.
Lots has changed in the world since June 21, 1964. What hasn’t changed is that Bob and Jackie Odum are married. That’s no small thing. Marriage isn’t always easy, and in the lessening over the last half century of societal pressure to stay married, lots of couples have called it quits. That’s sometimes necessary, if almost always painful. But my mom and dad have hung in there. Not only have they stayed married, but growing up I could probably count on one hand the number of times I ever heard them argue. (Maybe that had more to do with their ability to argue quietly…) They have remained affectionate, considerate of each other, and happy to be together. They travel with each other, nurse each other through sickness and surgeries, volunteer together at their church, and work together taking care of their house and yard. They even find the time to keep up with their children, children-in-law, grandson, and grandchildren- and great-grandchild-in-law.
In some Christian traditions, marriage is considered a sacrament, a means of God’s grace. In other words, it’s one of the ways in which God gives his kindness and shares his life with human beings. Whether you like the word “sacrament” or not, it’s pretty obvious to anyone who has seen long, strong, happy unions that marriage can certainly be a channel for God’s grace. It’s also obvious that a bad marriage can leach God’s grace right out of two people — and those around them, for that matter.
The thing about a sacrament like marriage is that it’s a means of God’s grace placed in human hands. God gives marriage to people, and to some degree or another it’s up to us what we can do with that. We can squander it selfishly trying to make our spouses into who we want them to be, or expecting our spouses to make us happy, or cheating on our commitments to see if we can have our cake and eat it too.
Or, we can do what God intends human beings to do in marriage: live as “one flesh.” One person, joined together in commitment and promise and love and honor.
Our culture says that anything that threatens our personal independence and autonomy is a bad thing. Marriage might be a good thing, so the conventional wisdom goes, as long as it gives me the opportunity to actualize my goals, have the things I want, and be the person I want to be. In that way of thinking, when marriage starts to compromise any of those things, it’s outlived its usefulness. Time to “consciously uncouple.”
Of course, in so doing we might very well be unconsciously refusing the grace that God would offer us through our growing together as “one flesh.”
While a long marriage might to some in our society imply stagnation, the thing is that long, healthy marriages require growth. They require change. Things change when the kids come along. When you buy a house. When one partner changes careers, or goes back to school, or takes on new responsibilities. Things change again when the kids leave. (And then again if they come back…) They change at retirement. They change with major health issues. They change along with a couples’ family situation, interests, and experiences.
Healthy marriages demand change. They demand spontaneity, flexibility, and resilience. They demand forgiveness, and commitment, and courage. Then, when you have someone beside you who knows you better than anyone and loves you anyway, you get a taste of God’s grace. When you can grow old together, surrounded by family and friends, you get a taste of his grace. In the solemn moments of a life shared together, you get a taste of his grace.
Some would say of my parents that they’re lucky to have each other. I’d say it’s anything but luck. It’s more about their love for each other, their commitment in lean times, and the keeping of their promise to take life as it comes, together. And, in that, they’ve experienced God’s grace. Ask them, they’ll tell you all about it.


Congratulations, Bob and Jackie!
Posted by Patrick Odum at 1:06 PM