Suffering for the Gospel

For the Spirit God gave us does not make us timid,  but gives us power,  love and self-discipline. So do not be ashamed  of the testimony about our Lord or of me his prisoner.  Rather, join with me in suffering for the gospel,  by the power of God.
-2 Timothy 1:7-8 (NIV) 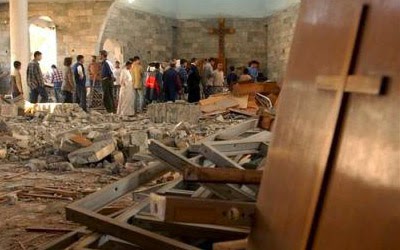 Without a doubt, one of the great humanitarian crises of our time is well underway. And you’ll hear very little about it in the American media, and what you hear will be heavily politicized.
I’m not saying it should displace coverage of the ebola epidemic in western Africa, or that it’s more important than the fighting in the Ukraine, or unrest in Syria, or clashes between police and civilians in the wake of the Michael Brown shooting. What I am saying is that a crisis of these proportions should be getting more coverage than it’s getting. It’s a story that large numbers of Democrats and Republicans have a stake in, and those who do would largely be on the same side. And yet you won’t hear much about this crisis from your usual news sources.
Listen to the numbers. Over the past decade, this crisis has cost the lives of 100,000 people per year. It’s happening in well over 100 nations on the earth. Every hour, 7 days a week, 365 days a year, 11 people die in this crisis. And yet there’s a good chance you haven’t read or heard a news story about it all week. All month.
The crisis I’m talking about is the persecution of Christians.
According to the International Society for Human Rights, a non-religious organization based in Frankfurt, Germany, 80 per cent of all acts of religious discrimination in the world today are directed at Christians. In other words, Christians are by far the most persecuted religious body on the planet. And I don’t mean what passes for persecution in countries like America, where Christians have held a large majority for years, and live in freedom to practice their faith.
I mean persecution in places like Iran, where Christians in areas controlled by ISIS are forced to convert to Islam, pay a tax, or face the death penalty. Or like Nigeria, where Boko Haram has killed thousands in their efforts to clear all non-Muslims out of the north, and where a group of over 200 Christian schoolgirls were recently kidnapped. Or like India, where militant Hindu groups like the RSS, non-conversion laws, and a government that looks the other way when Christians are threatened means that Christian shop owners can’t keep business, and that Christians in many areas face daily danger of arrest, assault, rape, and murder. I mean persecution from family like Christians face in many nations: being disowned, forced to leave their homes, even murdered in “honor killings.”
There are all kinds of reasons why you don’t hear about these things. Maybe the largest is that news agencies give us the news we want to hear about, and Americans are notorious for not caring much about what happens outside our borders. If news outlets knew we’d watch, listen, and click, they’d give us Christian persecution 24 hours a day. But they know there’s no audience for that kind of news — even among American believers. (Who feel persecuted when their town disallows a nativity scene in the square.)
Beyond that, there are partisan political reasons for the silence of the media on this too deep to get into here. Those who want us to hear more about it usually have reasons relating to closed borders and distrust of foreign nations, especially Muslim ones. Those who don’t want us to hear have their own agenda too: protecting allies and propping up their own foreign policy among them.
Without resorting to fear-mongering, let me just warn you of two missteps:


OK, I guess I’d add a third important thing, too: it’s our brothers and sisters, our family in Christ, who are dying. Not strangers, not foreign nationals: family. That’s what Jesus does, see — he brings together those who believe in him and follow him as Lord into family. In him, there is no longer Jew or Gentile — nor is there Palestinian or Korean, Iraqi or Pakistani, American or Egyptian.
Hebrews reminds us put ourselves in the shoes of brothers and sisters in Christ who are suffering and imprisoned. We’re to take their suffering as our own, share in it as much as we can. Paul says much the same, reminding us that the Holy Spirit who lives in us gives us power, love and self-discipline. We’re not given such a Spirit in order to be quiet about suffering sisters and brothers, he says. So we shouldn’t be ashamed of the gospel, and especially not of those who are prisoners for its sake.
I think that might be a lot of the reason for the silence about persecution — shame. We live in a culture that preaches a surface form of tolerance, and the American church sometimes drinks as deeply as any of this spirit. We’re so practiced in getting along in a largely secular culture without bringing up our faith too much that we have a hard time imagining anyone not getting along.
In the name of these sisters and brothers of ours, suffering for their faith around the world, Paul calls those of us warm and safe in the American church to suffer along with them. That’s how those who would follow Jesus tackle evil, you see. We suffer. When we see injustice, we don't stand outside and point fingers, and we certainly don’t turn away blindly. We do what Jesus did — we take that sin upon ourselves. We stand with those who are suffering, and we bear their pain as we are able. Maybe only emotionally, as we invest ourselves in prayer and weeping for persecuted believers. Maybe economically, by depriving ourselves of something to give to the work of organizations who are ministering to the persecuted and working to stop the persecution. Maybe we write letters to imprisoned Christians, reminding them of our hope.
Maybe we contact representatives and encourage them to make basic human rights for all people — including Christians — a foundational block for any foreign policy. Maybe we raise awareness about persecuted Christians at our own churches, in our own prayer groups, in our own families. Maybe we simply go to our knees on behalf of these suffering believers in Jesus. We ask God to free them from prison, to guard their lives, and most importantly to use their witness to proclaim his kingdom, and the hope and life that are in Jesus.
Our brothers and sisters need — and in Christ deserve — that we share in their suffering. So let us, with grace, joy, and hope, share in their sufferings as gladly and as joyfully as we share in their hope.

Check out Voice of the Martyrs for ongoing information about brothers and sisters in Christ living with persecution.
Posted by Patrick Odum at 2:47 PM