At dawn he appeared again in the temple courts, where all the people gathered around him, and he sat down to teach them. The teachers of the law and the Pharisees brought in a woman caught in adultery. They made her stand before the group and said to Jesus, “Teacher, this woman was caught in the act of adultery. In the Law Moses commanded us to stone such women. Now what do you say?” They were using this question as a trap,  in order to have a basis for accusing him.
But Jesus bent down and started to write on the ground with his finger.
When they kept on questioning him, he straightened up and said to them, “Let any one of you who is without sin be the first to throw a stone  at her.”
-John 8:2-7 (NIV) 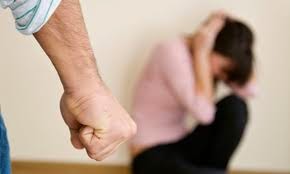 
Hopefully, the NFL is finally seeking to address this issue. As people who follow Jesus, we must always stand for the conviction that any abuse of human beings is against the will of God. Jesus accepted the abuse of his own body, spilled his own blood, for the promise of a world in which no one else need ever suffer abuse, not one more drop of human blood need be spilled. To whatever extent abuse happens in our world, we still wait for God’s kingdom. To whatever extent abuse happens, may we oppose it and work to end it. Not because a few celebrities got caught. But because Our Lord would have it no other way.