My dear brothers and sisters, take note of this: Everyone should be quick to listen, slow to speak and slow to become angry…
-James 1:19 (NIV) 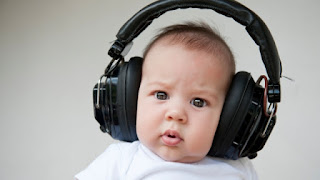 At a Des Moines high school recently, President Obama was asked by a student about a Presidential candidate’s proposal to defund universities that display political bias. Obama responded that the idea “runs contrary to everything we believe about education.” Then he said:

I’ve heard some college campuses where they don’t want to have a guest speaker who is too conservative, or they don’t want to read a book if it has language that is offensive to African-Americans or somehow sends a demeaning signal towards women. I gotta tell you, I don’t agree with that either. I don’t agree that you, when you become students at colleges, have to be coddled and protected from different points of view. Anybody who comes to speak to you and you disagree with, you should have an argument with them. But you shouldn’t silence them by saying, ‘You can’t come because I’m too sensitive to hear what you have to say.’ That’s not the way we learn either.
I have a son who’ll be starting college next year, and so I’ve been thinking a lot lately about the people he’ll meet and what he’ll hear from them. My wife and I have not tried to shelter him from points of view other than our own. We want him to know what we believe, and why we believe it, but by and large I think we’ve resisted the urge to shield him from other, even competing, beliefs. When I’ve been tempted to, I’ve tried to talk myself out of it by reminding myself that the world doesn’t work that way. I agree with President Obama, I think: differing points of view are not obstacles to learning and growth, but prerequisites for it. We learn best, not by hearing points of view that we already share rehashed and recapitulated, but by allowing our own belief systems to collide with others.
When that happens, as President Obama says, we can have an argument. We can discuss and debate. We can try to convince each other. Best of all, we can start to understand where those other points of view come  from, and, even if we never find ourselves sharing them, at least come to know why others do. That always makes us better, more well-rounded people.
Christians haven’t always been known for this. Fairly or not (and it isn’t always), we’ve kind of been known for holding a black and white view of the world that tolerates no dissent. There have been times, admittedly, when we’ve tried to stifle other points of view. While it’s admirable for believers to hold firmly to their faith and to obey God as radically as they can, we’ve crossed the line wherever and whenever we’ve tried to force others to do the same by censoring other points of view and belief systems.
I don’t see that as a uniquely Christian problem, though. In fact, I think the church may be better positioned than most to see the problem and contribute to its solution.
Our society claims to value tolerance, and on the surface we do. But, like most cultural values, this notion of tolerating diversity only runs so deep. We don’t really want tolerance of our views. We want agreement and approval. And if we can’t have agreement and approval, then we don’t want to discuss it anymore. In the face of non-agreement, we expect silence and resort to censorship.
Tolerance requires that we hear from those who disagree with us, and allow them the same room to express their views that we expect for our own.
We don’t do debate well anymore.
The Scriptures, interestingly, are full of the mandate to love each other. To bear with each other. James says we should be quick to listen, slow to speak, and slow to become angry. The fruit of the Holy Spirit in our lives includes such traits as peace, patience, kindness, gentleness, and self-control. And we still follow, don’t we, a Lord who responded to the misunderstanding, misinterpretation, and mistreatment of others, not with censorship or demands to be heard or violence or legal action, but by giving himself in love?
Which, as always, is the only real way to overcome evil.
Wherever Christians go, we should bring with us the ability and willingness to hear from people who don’t see the world the way we do. Why should we expect the world views of people of other faiths, or no faith, to align with ours? God give us the grace to hear from folks whose experiences are different than ours, and to hear with the love and grace that Jesus has brought to life in us.
In the church, too — maybe especially in the church — may we listen carefully and lovingly when someone’s opinions about this or that or the other thing differ from our own. Unity in the church is created by the Holy Spirit, not by agreement on particular issues. May we resist our culture’s impulse to stifle dissent and gloss over disagreement by some mindless appeal to “tolerance.”
Have arguments with the people around you sometimes. Love others enough to ask questions when someone has a different point of view. Don’t disengage from disagreement on the one extreme, and don’t stifle it on the other. Wade in, stand up for what you believe, and really try to hear and understand what the other person is saying. And that is another person on the other end of that issue. A child of God.


We don’t stand, as believers, for the mistreatment of others, whether those doing the mistreating share our point of view or not. We don’t allow evil actions to go unchallenged. But we’re not so fragile that we can’t hear other points of view, not so flabby in our faith, surely, that we find it challenged by a different belief system. We follow One who proclaimed that the Kingdom of God overcame the world, and then he showed how by giving himself. Surely we can do the same by listening, understanding, and then proclaiming him in a way that shows his love and grace.