This is how God showed his love among us: He sent his one and only Son into the world that we might live through him. This is love: not that we loved God, but that he loved us and sent his Son as an atoning sacrifice for our sins.
-1 John 4:9-10 (NIV) 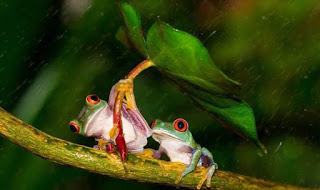 You might have missed it, but Thomas Monson, president of the Mormon church, died this past week.
Maybe, like me, you couldn’t have named the president of the Mormon church. Maybe you didn’t even know they were led by a president at all. I know very little about Monson — only what a quick Google search can tell me. While anyone who climbs to the top of an organization like the Mormon church will have his share of detractors, he was, by most accounts, a kind, gentle, loving person who led the church to concentrate more on outreach to the poor.
In all honesty, I wouldn’t have spent much time thinking about Thomas Monson except for something a college friend posted about him. In his post, he compared Monson’s New York Times obituary with Hugh Hefner’s, the founder of Playboy who died in just a few months ago. I think my friend intended to compare the coverage of the deaths of these two men. But someone commented on his post:

“That's the legacy we can expect the world to notice. Sadly despite living very different lives both these men have faced a harsh judgment with nothing to stand between them and God's wrath.”

Now, I have to acknowledge that there are some significant differences between Mormon theology and historic, orthodox (with a lower-case “o”) Christian theology. Some make the case that Mormons are not Christian in any real sense (though Mormons themselves do claim faith in Christ as the source of salvation). In saying what I’m going to say next, I don’t want to try to plaster over the real differences that exist between Mormons and other churches.
That said, I feel the need to say this: to claim that a man who has given his life to the service of his church and the poor stands under the same judgment as a man who gave his life to hedonism and the objectification of women is to misrepresent God and/or to misunderstand the gospel. I didn’t know Thomas Monson or Hugh Hefner, but if their body of work doesn’t suggest to you that answering to God might be a very different experience for the two of them then I don’t really know what to say to you.
Yes, I know that good deeds don’t save us. I understand that we are saved by grace, through faith. But faith isn’t a perfect understanding of vital doctrine, and if we’re not saved by good deeds, neither are we saved by perfect knowledge. While I might consider some of what Thomas Monson believes to be incorrect, and maybe even a little ridiculous, that doesn’t mean my track to God is inside his.
My friend’s commenter has a problem, I think, that is epidemic to many brands of Christianity. He sees the gospel as a collection of propositions that a person must understand and agree with in order to be saved. What I mean is, he and others like him think that the only thing keeping us from God’s wrath and judgment is a series of propositions that must be believed. The specifics of those propositions might differ from group to group and person to person, but they all have to do with what Jesus did on the cross and how a person comes to benefit from it.
My friend’s commenter seems to believe that Thomas Monson’s perceived deficiencies in understanding what Jesus did and how a person receives the benefits of it put him in a position similar to Hefner’s before God: with nothing to shelter him from God’s unmitigated wrath.
That term — “the wrath of God” — gets thrown around a lot in some churches. So does the idea that Jesus’ death resolves and pacifies God’s wrath against sinners. It’s in one of my favorite songs, in fact:

“…’til on that cross, as Jesus died, the wrath of God was satisfied…”

Like I said, I like that song a lot. I just don’t think that line is completely biblical.
It’s trying to be, and so are folks who believe it. I understand where it’s coming from. It’s based on four New Testament texts (Hebrews 2:17, 1 John 2:2, Romans 3:25, and the text above, 1 John 4:9-10) that use a word that describes Jesus’ death as “an atoning sacrifice” or “a propitiation,” depending on your translation. And the translation makes all the difference because it’s one of those New Testament words that is sometimes translated based on what you already believe.
It’s true that the word can be used in the sense of “propitiation” in Greek translations of the Old Testament. It can rightly be said that sacrifices in ancient Israel turned away God’s wrath. In the New Testament, though, the word morphs in meaning. You can see that if you take a step back and ask, “Who’s doing the propitiating, who is pacifying God’s wrath?”
Others have made the case more elegantly than I can, but here’s the thing: to translate the word as “propitiation” — that is, to say that Jesus’ death pacifies God’s wrath — God would have to be the recipient of that action. In none of the texts that use that word is God the recipient. In fact, in two of them God is explicitly the one doing the propitiating. He loves us by sending his Son, whose death atones for our sins. But not by turning away the wrath of an angry God. In fact, what God does in Christ he does specifically out of his love.
“So what?” you’re asking. (I hear you.) So…Jesus didn’t come as the one who “stands between” human beings and a wrathful God who otherwise would destroy us. He came at the instigation of a loving God who would save us. That’s an important distinction. God is not pre-inclined to destroy us, our only salvation being the sacrificial love of Jesus. God comes to us from love, and out of that love sends Jesus as a sacrifice that reconciles us to himself and redeems us from the power of sin and death so that we can share his life with him.
So…when a believer in Christ contemplates standing before God, it’s not in the hope that our good deeds, religious piety, or doctrinal correctness will be enough to turn away God’s anger toward us. It’s with the faith that God is for us, that he loves us so much that he has given his Son for us, and that whatever shortcomings there are in our lives are overcome by his sacrifice.
God’s wrath is for those who disregard him to put their faith in other gods, other hopes.


I’ll put mine in the same work of God in Jesus that Thomas Monson apparently trusted.
Posted by Patrick Odum at 2:00 PM