…[E]ven if you should suffer for what is right, you are blessed. “Do not fear their threats; do not be frightened.” But in your hearts revere Christ as Lord. Always be prepared to give an answer to everyone who asks you to give the reason for the hope that you have. But do this with gentleness and respect, keeping a clear conscience, so that those who speak maliciously against your good behavior in Christ may be ashamed of their slander. For it is better, if it is God’s will, to suffer for doing good than for doing evil. For Christ also suffered once for sins,  the righteous for the unrighteous, to bring you to God.
-1 Peter 3:14-18 (NIV) 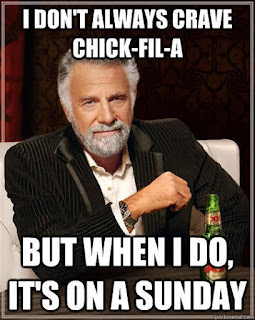 
And may we be as earnest and clear about our message as those cowvangelists are.
Posted by Patrick Odum at 4:24 PM