…[A]ll have sinned and fall short of the glory of God, and all are justified freely by his grace through the redemption that came by Christ Jesus.
-Romans 3:23-24 (NIV) 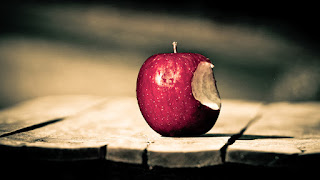 
I’m sorry that isn’t the Jesus that Julie knows. I pray that she and her daughter someday will.
Posted by Patrick Odum at 3:41 PM