Therefore, my dear friends, flee from idolatry. I speak to sensible people; judge for yourselves what I say. Is not the cup of thanksgiving for which we give thanks a participation in the blood of Christ? And is not the bread that we break a participation in the body of Christ? Because there is one loaf, we, who are many, are one body, for we all share the one loaf.
-1 Corinthians 10:14-17 (NIV) 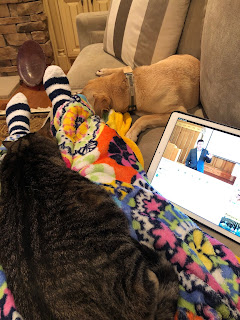 Wes McAdams posted this on his blog, Radically Christian, this week: Five Tips for Participating in Online Worship. Here are his five. His comments on each are worth reading: