Feeling Compassion in Our Guts

This is how we know what love is: Jesus Christ laid down his life for us. And we ought to lay down our lives for our brothers and sisters. If anyone has material possessions and sees a brother or sister in need but has no pity on them, how can the love of God be in that person? Dear children, let us not love with words or speech but with actions and in truth. (1 John 3:16-18, NIV) 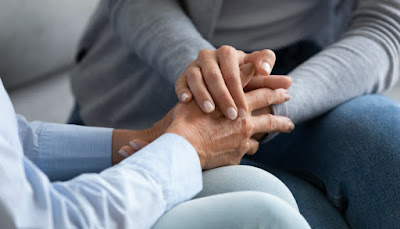 I ran across a story this past week that makes me think artificial intelligence isn’t quite ready to take over the world just yet.

In a book about AI in the military, a former policy analyst in the Pentagon tells about a week DARPA (the Defense Advanced Research Projects Agency) spent with a group of Marines training an AI military robot. For six days, the Marines basically walked around the robot while engineers tweaked its programming. On the last day, they tested it all.

They parked the robot in a traffic circle, then had the Marines try to approach it. If any of them were able to touch the robot without being detected, they’d win.

Two of the Marines tried somersaulting for 300 meters to get to the robot. Two literally hid under a cardboard box — “giggling” the whole way, according to the author. (I didn’t know Marines giggled.) One Marine cut down a fir tree and approached hidden behind the tree. (Well, if it fooled MacBeth, I guess it could fool an AI.)

The robot didn’t detect any of them.

The reason is obvious. The robot had been taught to detect human beings walking, or running, or whatever. It hadn’t been trained to notice a cardboard box or a tree creeping up on it, or a couple of guys doing somersaults. These things would have all been obvious to a five-year-old human being, but seemed irrelevant to the sophisticated AI robot.

A couple of things came to mind as I read that story. One is that, just maybe, if we’re going to use AI, DARPA needs to train their engineers that threats don’t always look like human beings walking.

But the other thought I had was how like that robot we can all be when it comes to noticing need around us.

Maybe, like I do, you live in a place where people beg for change at intersections. How often do we drive or walk by without really paying much attention? How often do we pass by the same people, yet couldn’t describe them if someone asked us to? They blend in. They’re just part of the background.

Or maybe that’s not where you live. Still, it’s easy to let need just slip by us. That single mom with the rowdy kids at church, who maybe you haven’t seen in a few weeks. That older man trying to get by alone on Social Security. That disabled landscaper. You know what I mean, right? People who maybe don’t talk about the fact that they can’t afford both groceries and medications, or that they’re working two jobs and still foregoing meals so that their kids have enough to eat.

Ask any teacher about the kids who come to school and try to learn while their stomachs rumble for their school lunches. If they could, your church’s leaders would tell you about the needs the people who sit around you every Sunday have.

And what about people farther from home? Do we think of the need people at our southern border have, the tyranny and poverty they’re trying to escape? Or do we think more of what they’ll cost us? We hear about Ukrainian refugees trying to escape the fighting in their home, but sometimes it’s hard to really see the need that they have, and how we can help. We hear about failing schools or overcrowded prisons and we think in political or economic terms instead of feeling compassion for hurting, struggling people.

We’re like that robot sometimes: unable to see what we should and act appropriately.

Did you know that a New Testament word that’s often translated “compassion” in most English versions of the Bible is actually the word for intestines? Guts. It’s what the book of Acts says spilled out of Judas when his body “burst open” in the field he bought with the proceeds from betraying Jesus. But it’s also where compassion was thought to be located, probably because of the way you can sometimes feel compassion in your gut. Compassion is something we feel. It doesn’t come just from duty or religious observance, but from that feeling of sickness and sorrow we get when we see someone suffer.

The King James Version rendering of 1 John 3:17 literally warns against closing our “bowels of compassion” against someone in need. If you’ll forgive the wording, John seems to think that “compassion constipation” is a real problem!

Interestingly, the Old Testament  word we often translate “compassion” or “mercy” in English is related to the word for a different organ: the womb. Maybe that’s because compassion was, as it often is in our time, thought to be a feminine trait. If so, then we should embrace that — especially since it’s mostly used to describe God.

Over and over, God is said to have compassion. The psalmist says, “The Lord is good to all; he has compassion on all he has made.” The prophet Isaiah says that God “longs to be gracious to you; therefore he will rise up to show you compassion.” Jeremiah’s lament affirms that, even though God may bring grief, his love is unfailing and he will show compassion.

And so we see the same thing in Jesus. Three times in Matthew, Jesus sees crowds of people in need and has compassion. Literally, he feels it in his gut. It’s how the prodigal’s father felt when he saw his son coming home in a story meant to communicate God’s compassion to people who had only disdain for those they considered “sinners.”

Paul gives praise to “the God and Father of our Lord Jesus Christ, the Father of compassion and the God of all comfort.” So, he says, “as God’s chosen people, holy and dearly loved, clothe yourselves with compassion….” As people who know God’s compassion well, especially through Jesus, we should feel that same compassion in our guts for those in need among us and in the world around us.

We should have learned compassion through Jesus. He taught us how to live in the world — by laying down our lives for others. He taught us to share what we have and feel deeply the hurts of those around us. Unfortunately, the church doesn’t have an unblemished reputation for compassion. Jesus taught us not to turn off feelings of compassion. But maybe we’ve allowed ourselves to get so jaded and desensitized to need that we no longer feel compassion in our guts. Maybe political rhetoric and not compassion have become our default for making sense of the need around us. Has our driving emotion become anger, or outrage, or despair, or resignation?

If so, then we need to hear again the Bible’s cover-to-cover emphasis on compassion.

AI robots, apparently, need to be taught to see. But we’ve already been taught to see people around us the way Jesus did, the way God does — with compassion. That feeling in your gut when you see need is a good thing. A godly thing. May we never try to shut it off. May we always recognize need around us.

May our bowels be moved!