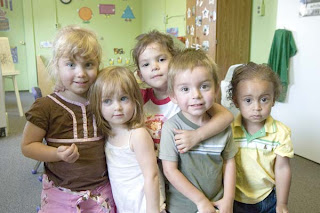 Then the LORD said to Cain, “Where is your brother Abel?”
“I don’t know,” he replied. “Am I my brother’s keeper?”
The LORD said, “What have you done? Listen! Your brother’s blood cries out to me from the ground. Now you are under a curse…” (Genesis 4:9-10)


I do some of my best thinking while getting my hair cut.

Maybe it’s the fact that there’s not much to do but sit and think. Maybe the blood just starts flowing better to my head. Maybe it’s the conversation with the lady who does the cutting. Whatever the case, I kind of connected up something I had never connected this past week while the clippers buzzed and the scissors clicked.

We were talking about our kids, and this lady mentioned how growing up seems so different now than it did when she was a girl. She’s a little concerned about raising her kids in the city, about the people and values that influence them, and about the dangers they face. “I think people are more bad today,” she said in her Albanian accent.

“People are more bad.” I thought to myself, No, that’s not right. But I couldn’t argue that things are different for Josh than they were for me, just as they were different for my parents. I wanted to say something to this lady, something to give her an option other than “people are more bad,” but I couldn’t quite put my finger on it. And she seemed to have a point. It does sometimes seem that kind, trustworthy people with integrity and character are harder to find, and that the evil people do has grown exponentially in degree and quantity. But I don’t think it’s because people are worse, I thought. It’s not like people have changed that much. It’s not like there weren’t bad people in the world doing evil things when I was a kid.

And that’s when a connection snapped into place in my mind.

“Am I my brother’s keeper?”

In the neighborhood where I grew up, a lot of folks would have answered that question with a yes. People knew each other. Looked after each others’ kids. Brought food when there was illness or death in a family. Neighbors knew each other and felt a sense of responsibility for each other, and the practical result was that we kids could run in and out of each others’ houses and all over the neighborhood, and our parents had a reasonable expectation that we’d be safe.

I’m not saying that was the case in every neighborhood in Chattanooga, Tennessee, in the 70’s and 80’s. And I’m not saying that it’s not the case in any neighborhoods in Chicago today. I’m just saying that’s the difference. It’s not, by and large, a question of whether people are better or worse today as opposed to yesterday. It’s about that sense of responsibility for one another. It’s about recognizing that our lives connect with one another like the strands of a spider’s web, that what happens to one touches us all.

It’s about answering that question: “Am I my brother’s keeper?

Cain’s answer to his own question was “No, I’m not.” He didn’t feel that sense of responsibility for his brother. He saw nothing but his own agenda, was compelled by no sympathy to protect Abel, and the result was predictable. And even when God asked him about it, Cain could work up nothing but contempt for the relationship he should have had with his brother. The result was predictable: as soon as Abel got in his way, Cain killed him.

And God almost seems shocked. Outraged. He can hear Abel’s blood crying out to him for justice, and he sees what Cain has done. And he makes clear to Cain what his answer to that question should have been. “Yes, Cain, you were to be your brother’s keeper. You were to love him, protect him, take responsibility for him. You were to recognize that you and he were part of a web of relationships that can’t be broken without consequence.”

We picture Cain’s curse as God’s punishment on him, sometimes, and I guess that’s not entirely inaccurate. Maybe, though, it’s better that we understand that the curse is at least in part something that Cain creates for himself. “You will be a restless wanderer on the earth” – because that’s what happens when we forsake the relationships that God gives us. We create homes and neighborhoods where no one takes responsibility for one another, and so we never find a place where we feel at home.

But we know better, those of us who know Jesus. At least, we should. “Who is my neighbor, whom I’m obligated to love?” the religious leader asked. Jesus told a story that served to say that since we all are interconnected, there’s no one who can be arbitrarily placed outside my circle of responsibility. I am to love my neighbor, whoever that neighbor is and however he may be different from me. I am my brother’s keeper, whoever it is that God brings my way. And Jesus lived that out, didn’t he? He held no one outside his circle of responsibility. Squarely on his shoulders sat the burden of the world, and he accepted it as a burden God wanted him to carry. And carry it he did, all the way to a cross.

“Each member belongs to all the others,” Paul said of the church. (Romans 12:5) The church can create a new reality in this world that sometimes seems “more bad” than ever. We can intentionally work to become communities where we take responsibility for each other, and for the world outside our walls. To the degree that we can share the burdens of others, model love and hope and peace for them, and be willing to love them as people created by God and not just potential Christians, we will have taken steps toward creating a new ethic of responsibility and care for one another.

What I said to the lady cutting my hair was, “I think in a lot of places there’s no sense of responsibility for each other.” That seemed to make sense to her. It got me thinking about the degree to which I take responsibility for the people around me: in my home, in my church, in my community. We are our brothers’ and sisters’ keepers, and if we define “brother and sister” in a way that excludes then we’ve clearly missed the point.

We are responsible for each other. Let’s show our world what that looks like.