The DNA of a Fall 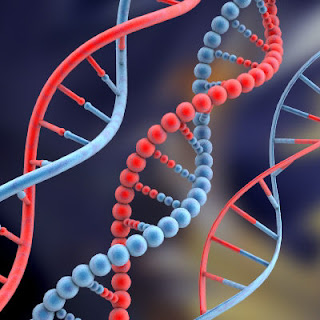 Therefore, just as sin entered the world through one man, and death through sin, and in this way death came to all people, because all sinned… (Romans 5:12)

Police had been searching since 1993 for an unidentified, elusive woman whose DNA had been collected from over forty crime scenes. The crimes were varied, from murder to mugging and everything in between. She apparently worked with numerous partners over a large geographical area: she was connected to crimes in Germany, France, and Austria. But only through her DNA: there were never eyewitnesses, informants, or other clues to identify her. So she remained at large.

But at long last the police announced, somewhat less than proudly, that she had been identified. She was right there in southern Germany all along, but nothing like the criminal mastermind that they assumed she would be. She is, in fact, gainfully employed at a factory. A factory that makes cotton swabs.

When the body of a dead man found at a crime scene produced female DNA – the DNA of this female supercriminal – police thought they had best reconsider their manhunt. They theorize that the woman must have sneezed on a batch of swabs.

CSI and all its variants are hit TV shows, so we all know the importance of keeping a crime scene uncontaminated. As the case in southern Germany illustrates, the presence of just a small amount of foreign DNA can skew a lot of lab results and mess up a lot of cases. Police are usually pretty vigilant about that, so what happened in Germany seems to be the exception and not the rule.

The thing is that through the history of the human race, the same kind of thing has happened with sin and death.

Recall from Sunday school that sin and death were not God’s idea. Apparently, neither was part of the world as God made it. Creation at its inception, the creation that God called “very good,” was pure and pristine – uncontaminated by outside influences. Well, yes, the one tree that people weren’t to eat from was there. The serpent was there. But they were marginalized, isolated, and harmless in and of themselves. They needed something to cause their damage in God’s creation, and what they needed was human disobedience.

“Sin entered the world through one man,” Paul wrote in reflection on the story of the Fall. (He knows, of course, that Eve had something to do with it too, but pointing the finger at Adam alone suits his literary sensibilities better….) Death followed on sin’s heels, of course, because, well, death always follows on sin’s heels. And once it had a foothold in the ecosystem of God’s creation, it gradually took over. Adam and Eve had to leave the Garden. Cain killed his brother and was forced into further exile, and one of his descendants carried the mark of sin and death so deeply that he wrote a song about retribution and vengeance (Genesis 4:23-24). By the time of Noah, “every inclination of the thoughts of the human heart was only evil all the time,” (Genesis 6:6).

Call it “original sin” or not. Say we’re born with it, or that we’re marked with it the first time we knowingly violate our conscience or God’s law. However you describe the ontological underpinnings, the practical truth is this: sin and death have infiltrated God’s creation, and nothing is left untouched, unmarked, undamaged. All you have to do is pay attention, look around, and you see and hear creation “groaning,” hoping to “be liberated from its bondage to decay and brought into the freedom and glory of the children of God.” (Romans 8:19-21) The DNA of sin and death has contaminated everything. Human beings, intended to care for God’s creation, have brought about its devastation.

So that’s the problem, and the best human attempts to solve it and control it are doomed from the beginning because they’re all as broken and skewed as the rest of creation. That’s why there’s always another war simmering, why those who are obscenely wealthy get wealthier and those who are obscenely poor get poorer, why those who topple the dictators so often become dictators themselves. It’s why welfare agencies fail families and schools fail children and churches fail their members. It’s why marriages fall apart and families fragment, and it’s why those who are often the sickest can’t get adequate health care. It’s why government, even government that’s ostensibly “for the people,” so often takes the people for everything they’re worth.

But that’s where God steps in – no, smashes in – to human history. He does so pretty literally, too: in human flesh he comes. And in his coming is the announcement that God is reclaiming his creation. He’s destroying everything that wasn’t supposed to be there, but not with a flood, and not with fire. He’s coming to remove disease and relieve injustice, to give the poor reason for joy and the wealthy reason for grief. He’s coming to welcome those whom the government, the family, and the priests have failed. He’s coming put demons to flight and crush Satan under his heel. And he’s come to send sin’s little pet, death, screaming to his destruction.

“Just as one trespass resulted in condemnation for all people, so also one righteous act resulted in justification and life for all,” Paul wrote, trying to explain what had happened. Jesus’ “righteous act” – his faithfulness in going to the cross and death – overturned what human unfaithfulness had allowed to happen because it ended in his resurrection. The Father said, in effect, “Here’s what one faithful human life can accomplish,” and he raised him from the grave to show that the reign of sin and death over his creation had ended. In Jesus – and so in everyone who follows Jesus – new creation has occurred. Creation is being put to right, and one day Jesus will return to announce that the reclamation project has been completed.

Until then we live as though it already has been, because it’s sure and it’s certain. We watch over ourselves diligently, so that we can turn back the actions of sin and death in our own lives before they can gain significant footholds. And we live out the life of new creation among those still enslaved by sin and death. We offer love, and we offer grace, and we offer forgiveness and acceptance. We work for justice and fairness, to right what is wrong and repair what is damaged.

And we wait in hope and anticipation for the day when Jesus will come and remove everything that has contaminated God’s good creation.

Try to be careful where you sneeze, too.