For God, who said, “Let light shine out of darkness,” made his light shine in our hearts to give us the light of the knowledge of God's glory displayed in the face of Christ.
But we have this treasure in jars of clay to show that this all-surpassing power is from God and not from us.
-2 Corinthians 4:6-7 (TNIV) 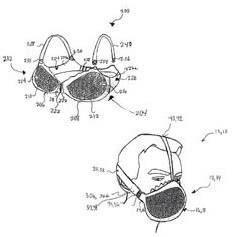 You might have heard the winners of the Nobel prizes mentioned this week, but there were a series of awards given out last week that you probably missed. The Ig Nobel Awards, given by a publication called, improbably enough, the Annals of Improbable Research, honor the best of the year's research that cannot or should not be repeated.

At this year's awards in Boston, “Iggys” were given in economics to Icelandic bank executives “for showing how tiny banks can become huge banks, and then become tiny banks again.” The peace prize went to researchers from the University of Bern for a paper entitled, “Are full or empty beer bottles sturdier and does their fracture- threshold suffice to break the human skull?” (Turns out that full or empty bottles will crack your noggin.) Other researchers were honored (?) for determining that cows who are called by name give more milk, for discovering that giant panda poop helps break down organic kitchen waste, for identifying the anatomical factors that prevent pregnant women from tipping over, and for developing a bra that converts into a gas mask. Well, two gas masks, actually.

Ignoble? Well, maybe. Unless you suddenly find yourself in need of a gas mask. Somebody has to study the “ignoble” stuff, right?

Judging from the Bible, God seems to be a big fan of the ignoble. A champion of the common. Lord of the lowborn.

It's a redneck shepherd boy, after all, who stands up to Goliath – and with a sling, not armor and sword. When God wants to send his Son into the world, he comes as a helpless baby, with a feeding trough in a stable in a backwater town as his crib. His message speaks to the common people, and often alienates the VIP's. And when he rescues the people he loves, it isn't by raising an army or taking a throne. It's by giving his life as a despised and rejected criminal.

Moses parted the sea with a staff. A donkey chastised Balaam. Jesus fed 5,000 people with a little boy's picnic. You get the picture. God has a history of unexpected and unprecedented acts done with undistinguished people and seemingly insignificant things.

Seems that God can use regular people who seem to have little to commend them to do amazing things. A peasant couple in Nazareth receive an angelic visitation and, nine months later, a baby boy who is God With Us. Uneducated fishermen, an ethically questionable tax collector, a revolutionary, and assorted women make up his closest followers. But those followers go on to proclaim the good news and demonstrate the power of God's kingdom to officials, rulers, and kings all over the world. “When they saw the courage of Peter and John and realized that they were unschooled, ordinary men, they were astonished and took note that these men had been with Jesus.” (Acts 4:13) That's the response of some of those officials and rulers to the ordinary guys who spoke the name of Jesus to them. And, unwittingly, they stumbled on the reason. What makes ordinary people able to do extraordinary things? What transforms unremarkable circumstances into remarkable acts of God? What gives nobility to what the world considers ignoble?

“They...took note that these men had been with Jesus.”

Paul calls himself and his co-workers “jars of clay;” pots so literally earthy and common that archaeologists today find thousands of shards of them scattered over every dig from Asia to the Middle East to Africa to Europe. Clay jars were to Paul what plastic and styrofoam containers are to us: functional and unremarkable.

But God had hidden a treasure inside Paul and his clay-jar colleagues. He had shown them his face through Jesus, revealed to them who he is. His light shone in their hearts, and so they carried around in themselves the treasure of the gospel of Jesus. They were still clay jars: weak, fragile, yes, even ignoble. They could be cracked, broken, and even destroyed. No one would look at them and be impressed or awestruck. But because they were clay jars, God did remarkable things through them.

You might have expected that I'd say “in spite of the fact that they were clay jars,” or something like that. But Paul doesn't say that. Paul reminds us that the ordinary-ness of the messengers witnesses to the extraordinary-ness of the message. In using the ignoble, Paul points out, God demonstrates incontrovertibly that the power of the gospel is in him. It's not in the persuasiveness or faith or piety or courage of the container. It's in the glory and power and grace of God as poured out in Jesus Christ.

I wouldn't be surprised if you were a pretty ordinary person living a pretty ordinary life. Oh, I'm sure you have your moments, but I imagine that a fair amount of the time you worry about your weaknesses and stress over your shortcomings. I'm guessing that you see yourself as pretty average, and your life as unremarkable at best and mundane at worst. And I'm pretty sure that, given the choice, you'd say that you consider yourself more ignoble than noble.

Congratulations. You're in good company. People like you are just the kind of people God loves to use to do his work in the world. Really, when an ordinary person confounds the world's values and assumptions by showing extraordinary faith or courage, or sacrificing to show love to someone else, or speaking unexpected words of good news at just the right time, then God is glorified. It's clear that he's at work in that ordinary life.

Stay with Jesus. Stay close to him, follow him, do what he does, and listen to what he says. His Spirit lives in you, and the treasure of the gospel glitters through the cracks that every clay jar has in it. He'll do remarkable things with you, but that's his business, and he'll do it in his own time and in his own ways. As you take care of your family, or do your job, or shop for groceries, or go to school, or serve in your community, or worship in your church, he'll do his work. Your business is staying close, doing the things he did and speaking the words he spoke.

And God will be glorified.

Unless otherwise indicated, all Scripture quotations are taken from The Holy Bible, Today’s New International Version TNIV (r), Copyright (c) 2005 by International Bible Society. All rights reserved.
Posted by Patrick Odum at 8:20 AM