For if the dead are not raised, then Christ has not been raised either. And if  Christ has not been raised, your faith is futile; you are still in your sins. Then those also who have fallen asleep in Christ are lost. If only for this life we have hope in Christ, we are to be pitied more than all men.
But Christ has indeed been raised from the dead, the firstfruits of those who have fallen asleep.  For since death came through a man, the resurrection of the dead comes also through a man. For as in Adam all die, so in Christ all will be made alive. But each in his own turn: Christ, the firstfruits; then, when he comes, those who belong to him.
-1 Corinthians 15:16-23 (NIV) 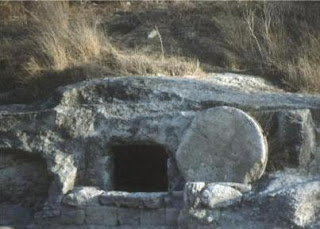