But Zacchaeus stood up and said to the Lord, “Look, Lord! Here and now I give half of my possessions to the poor, and if I have cheated anybody out of anything, I will pay back four times the amount.”
Jesus said, “Today salvation has come to this house, because this man, too, is a son of Abraham.”
-Luke 19:8-9 (NIV) 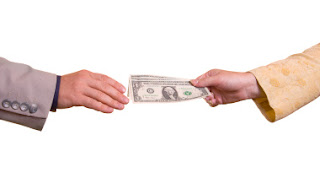