A Christianity to Believe In

…Christ loved the church and gave himself up for her to make her holy,  cleansing  her by the washing  with water through the word, and to present her to himself  as a radiant church, without stain or wrinkle or any other blemish, but holy and blameless.
-Ephesians 5:25-27 (NIV) 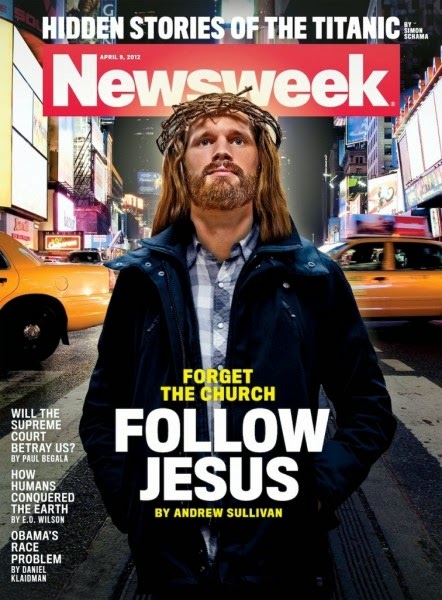 Several months ago, a friend of mine wrote this blog post titled Why I No Longer Believe in Christianity. The fact that he’s a minister, and a friend, made me fairly interested in his apparent lapse from the faith. Was he announcing an imminent shift to Buddhism, or atheism, or, I don’t know, had he become a Jedi?
You only have to glance at the post, though, to see that my friend hasn’t lost his faith, not really. It’s actually a very faithful and thoughtful attempt to point out that “most Christians tend to take their identity in Christ from their religious tradition.” He points out that “Salvation comes through belief in Jesus, not belief in Christianity.” And then this little gem of a sentence that I wish I’d written:

“So, I am a Jesus follower who currently hangs around with a little band of broken followers in a broken movement known as Churches of Christ who seek in broken ways to serve a broken world. No wonder we need a Savior and Lord beyond ourselves.”

To which I can only say that I think my friend still believes in Christianity. It may be a matter of semantics, but to be a Christian is not to believe in the church. It’s to believe in Jesus.
And Jesus pretty much disrupts whatever kind of church you let him into.
Most of us believers in Jesus see him through the lenses of our particular expressions of faith. To a Catholic, Jesus looks very Catholic, to a Lutheran, very Lutheran, to a Presbyterian, very Presbyterian. Even those of us who are a part of religious traditions that challenge established denominations understand Jesus in ways colored by those traditions. If your history is with the Restoration Movement, or if it’s with megachurches, or even if it’s with newer movements like the Emerging church or a house church, you will tend to relate to Jesus through the doctrines or values or emphases of those movements.
By that I mean that you may find yourself, unconsciously, even, tailoring Jesus to fit those traditions. You’ll emphasize words and actions of his that legitimize and validate your tradition, and de-emphasize those words and actions that aren’t as friendly to your history. It’s not intentional, of course. You’re probably not even aware of it, and have in fact probably inherited a lot of it — after all, most denominations and religious traditions came about originally to fix a perceived fault in the existing church. But its being largely unconscious makes it that much harder to see in ourselves, sort of like a fish would have a hard time describing water. It’s just where we live, and what we breathe, and it’s hard to imagine life without it.
Again, let me emphasize that this happens even among those of us who claim to reject tradition. Our iconoclasm easily becomes a tradition of its own that leads us to value an iconoclastic Jesus who strips faith of tradition and leaves it with the “essentials” — coincidentally, the very “essentials” that we’re so sure about!
What you’re left with is a Jesus who never surprises you, once you learn the doctrines and traditions of your particular denomination, movement, or fellowship. You’ll simply hear him saying and see him doing what your religious tradition says Jesus should be saying and doing, and tune out whatever doesn’t fit with what you’ve learned. And you’ll think that’s just because your group has Jesus right, when all along it’s because you have an edited version of Jesus appropriate for your group’s beliefs, doctrines, practices, and values. A Jesus remade in the image of denomination X or fellowship Y.
The problem, as you well know, is that an edited Jesus isn’t Jesus at all.
The fact that this kind of thing happens in every denomination, or fellowship, or movement, or sect should be no surprise. The church, as my friend points out, is made up of “little band[s] of broken followers.” Our best intentions fall woefully short of the glory of God. Our grandest efforts often fail to accomplish even the limited dreams we dare to dream. Our highest aspirations can’t compare to the vision God has for who we are to be. And, let’s face it, we’re rarely at our best, our grandest, or our highest. We are broken, after all, and full of sin, pettiness, fear, faithlessness, sadness, anger, and hurt.
The thing to remember is that the church came after Jesus, and does not mediate our relationship to him. The Holy Spirit is not given to locations, but to people, not to denominations, but to believers. The Bible is to be read with the church, it’s true, but no one person or group in the church is to be its sole interpreter. And through his Spirit, and through the Scriptures, and in the experience of the whole church, Jesus can still be heard.
So let Jesus speak to what you believe, and even against what you believe — especially if you believe it largely because you’ve been told to. Look on the church with love, but recognize that the groups within her are perhaps as interested in self-preservation and guarding their own interests than they are in letting the voice of Jesus be heard. Jesus died for his church, all of it, and is cleansing and making her holy, ready for presentation to him. But the church isn’t quite there yet. We need his grace to cover our stains and wrinkles and blemishes until they are finally and completely removed and we are finally and completely what he died to make us.
May we let Jesus speak. May we not silence those who dissent from “orthodoxy,” but welcome prophetic voices that speak Jesus words’ in resistance to our traditions. May we let him speak in voices from traditions different from our own, so that our horizons are broadened and we learn to listen in a different key than we’re used to.
This is the church I want to bequeath my son, a church that drinks from many streams of faith and listens to a fully fleshed-out Jesus, one that can hear his gospel and walk bravely where it leads them. I want to leave him a church less sure of doctrine and more sure of Jesus, less certain in our readings of the Bible and more certain of Jesus, less reliant on our own constructs and more reliant on Jesus and the Spirit which he’s poured out.


That’s a Christianity I can believe in.
Posted by Patrick Odum at 3:00 PM