Not From This World 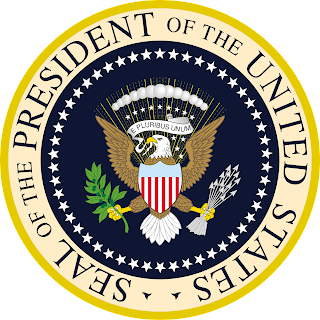 And just like that, the revolution began. No one imagined it. When he first appeared on the scene, no one believed he could overturn the status quo. No one would have thought that he was the one to make right what was wrong. He was an outsider, unfamiliar with political power and dismissive of those who wield it.
So they didn’t pay much attention to him. When he spoke, the educated scoffed. Until people started listening to him and started talking about putting him in power. Then they tried to refute him, tried to trap him with questions, even tried to shout him down. Many of his countrymen turned their backs on him. Those in power used his words to try to make him out to be a threat to the privileged and powerful.
And then they crucified him.
Wait — who did you think I was talking about?
Oh, that. Yes, there was an election last night. And yes, it was one of the most divisive in recent memory. (By the way, aren’t they always “one of the most divisive in recent history”? Does that suggest that, in between elections, those we elect might be doing something wrong?) At last count, 59,600,000 and some odd Americans are somewhere on the continuum from disappointed to suicidal, while 59,400,000 and some odd are somewhere between pleased and ecstatic. This is because we tend to think our politicians are going to solve all our problems. Especially our Presidents — we blame them for all our woes, and we anoint their successors with the oil of all our expectations.
And, OK, that’s fine. Except if you believe in Jesus, you believe in a different government. That’s, like, all Jesus talked about — the Kingdom of God. In the Kingdom he talked about, God poured out his grace and healing. The first would be last, and the last, first. The meek would inherit the earth. Those who grieve would be comforted, those who hunger for righteousness would be filled. This kingdom would not be for those who paid lip service to empty religion while snuggling in the laps of the powers-that-be. It would be for those who truly put their faith in God by putting their lives in his hands.
Here’s what we American Christians forget, every election season: on that Friday when Jesus hung bleeding from a rough beam of wood, anyone would have said that he had lost the political battle.
God, of course, said otherwise on Sunday morning.
We American Christians forget that in our worries and squabbling over political power and who has it. Our behavior turns toward the gutter whenever we feel threatened. We post on Facebook and Twitter and question the character and motives and even the faith of those with whom we disagree. And in doing so, we bear witness to the fact that we believe in the gospel of America more than we believe in the gospel of Jesus.


Please listen to me: historically, nothing has been more fatal to the church than political power. Persecution hasn’t hurt us. Neither has marginalization. We have not been overcome by the proximity of rival religions or the encroachment of secularism. We’ve shaken off sexual revolutions and the teaching of evolution in our schools and the legalizing of marijuana and gay marriage. What has proven, if not fatal, then at least irrecoverably debilitating, is the accumulation of political power.
That’s because power has changed us. Remember, Jesus died. And he didn’t ask his followers to defend him, or avenge him, or fight those we perceive to be his enemies. He told us to die, too.
When you get power, though, it won’t let you die. It won’t let you give yourself in service to your neighbors, or give you room to love those who hate you, or care for the oppressed, or feed the hungry, or heal the sick, or love the lost. It demands all your attention to keep it once you have it. And this makes the church into something it never was supposed to be. Instead of dying, we kill. Instead of returning love for hate, we turn up the vitriol. Instead of forgiving, we avenge. Instead of proclaiming and living out the values of God’s kingdom, we end up perpetually shoring up our own.
Here’s the problem, I think: too many of us believe that the most important work we can do is fight for our vision of America. So we look desperately for candidates who we think might, however remotely, share our vision. And we pull back the covers and hop into bed with them.
In our country, this even has the effect of dividing the church along party lines.
Making America — anything — is not the church’s job. Our job is to give the world an alternative: to conquer death through long-suffering love; to overcome evil with good; to feed our enemies when they are hungry; to enjoy sex rightly ordered for the goods of human intimacy and the bearing of children within committed monogamous relationships; to share our money and our stuff and our time generously; to let our yes be yes and our no be no; to care for the widows, orphans, and foreigners; to practice hospitality; and so on.
America was never a “Christian nation.” There is no state of perfection to which we can return her. To suggest otherwise understands neither American history nor orthodox Christianity. America has, in some ways, been better than other empires. In some ways we’ve been much worse. If Jesus died instead of fighting to make things turn out “right,” then you can bet we’re called to do the same. Not to win, or to scorch the earth in losing, but to give ourselves as he did.
So, whether your candidate won or lost — well, he or she wasn’t really your candidate, anyway. Not if your faith is in the kingdom that Jesus announced and for which he died. Your job hasn’t changed. Go and care for the unborn through adoption, foster care, and support for single moms. Deal with immigration by befriending an immigrant, or visiting an ICE deportation facility. Care for the poor by sharing what you have. Address health care by looking out for the sick. In all things, proclaim that your hope, and the energy to do what you do, come from the Kingdom of God which has come in Jesus, and is coming in power.
That’ll work in every election, win or lose. Just don’t play the game. Vote, if think you should or must, but don’t imagine that salvation hinges on electing the right candidate.
Whether you’re discouraged or excited today, you should know better than that.
Posted by Patrick Odum at 3:37 PM