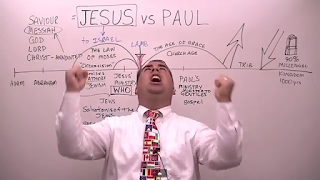 
Even if you have to fight with Paul. Come on, he’s pretty old. How hard it could it be?