For God did not send his Son into the world to condemn the world, but to save the world through him. Whoever believes in him is not condemned, but whoever does not believe stands condemned already because they have not believed in the name of God’s one and only Son. This is the verdict: Light has come into the world, but people loved darkness instead of light because their deeds were evil.
-John 3:17-19 (NIV) 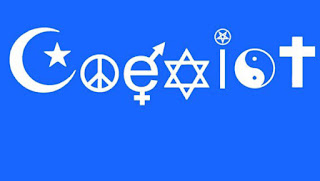 Above almost all else, our world values inclusiveness. I do too, truth be told. I like the idea of inclusiveness.
Sometimes, though, when we affirm something that the the rest of the world, Christian or not, affirms so overwhelmingly, it can be important to look at that thing from all angles. It might be, after all, that we’re affirming a bit too much. Is my interest in inclusiveness a Christian virtue? Or is its origin more from my “baptizing” of the world’s values? I think questions like that are important to ask so that we don’t sleepwalk into a value system that’s simply borrowed from the world around us and dressed up in church clothes.
I started thinking more about this when I looked closely at an article that I hadn’t really found the time to read carefully. Two days before Christmas, the New York Times ran a piece by columnist Nicholas Kristof called Am I A Christian Too, Pastor Timothy Keller? It’s an exchange between Mr. Kristof and Tim Keller, pastor of Manhattan’s Redeemer Presbyterian Church. In it, Kristof asks this question: “What does it mean to be a Christian in the 21st century? Can one be a Christian and yet doubt the virgin birth or the Resurrection?”
Mr. Kristof, clearly thinking about Christmas and maybe some of his own background, elaborates:

I deeply admire Jesus and his message, but am also skeptical of themes that have been integral to Christianity — the virgin birth, the Resurrection, the miracles and so on. Since this is the Christmas season, let’s start with the virgin birth. Is that an essential belief, or can I mix and match?

Interesting question. And the way we answer it might say a lot about our idea of inclusiveness.
We all say we want our churches to be places where everyone is welcome. I said it just this past Sunday, in fact.  But I think the crux of the matter might lie in what we mean by “welcome.” If we mean that we want our churches to be welcoming places where every Christian can feel bound together with the others because of Jesus, then fine. If we mean that we want our churches to be places where non-Christians can come to explore faith and hear the gospel in a setting where they are valued and their questions taken seriously — well, sure.
But if we’re talking about a “mix and match” belief system like Mr. Kristof is apparently attracted to — well, I think we should tap the brakes just a bit. To “deeply admire Jesus and his message” while simultaneously dismissing his miracles or his resurrection as not relevant to the 21st century is to not really understand Jesus and his message at all. Because his message was not, “Just try to follow some of my more attractive teachings and you’ll be all right.” His message was “The kingdom of God is near. Repent and believe the good news.”
The good news is that God is doing what we can’t, that his kingdom is supplanting all the others, even our own. That Jesus is the one through whom this is happening. And that to take that seriously is to repent.
And, see, that’s where the church is always going to lose a lot of folks. The world’s love of inclusiveness makes the need for repentance seem a little old-fashioned. Sometimes that's because the church hasn’t made repentance seem inclusive, because we haven’t acted as though we need it as well. But sometimes we lose folks just because they can’t manage to even take the first steps toward putting themselves in Jesus’ hands. And that, apologies to Mr. Kristof, is the bare minimum to be included in the group called “Christians.” It’s right there in our name. We’re not just people who like some of his teaching (no one likes all of it), or even who try to live like he said to live. We’re people who have acknowledged that we can’t make our worlds or even ourselves right, and that we need him to do it, and who are trying every day to stop going our own way and to walk in his footsteps.
That's why, for instance, the virgin birth matters: It says in no uncertain terms that this was the work of God, that human beings alone couldn’t have pulled it off. That’s why his resurrection matters: it tells us that sin and death are already defeated, and that to share in the victory we have to put ourselves in his hands. His miracles give us a glimpse of the world as God is remaking it — free of disease, evil, and death. And, of course, his cross speaks of his faithfulness in taking the full weight of human sin and suffering on his shoulders, so that it can be taken off of ours. Our salvation isn’t in the simple understanding or believing of these things, but in the reality of the things themselves. The doctrines of Christianity don’t save us, but they do describe the only reality in which we believe salvation is possible.
Keller responds to Kristof’s question first by drawing a comparison to a member of the board of Greenpeace who believes climate change is a hoax. He points out that this board member would no doubt be asked to resign. “I could call them narrow-minded, he says, “but they would rightly say that there have to be some boundaries for dissent or you couldn’t have a cohesive, integrated organization. And they’d be right.”
While it isn’t a perfect analogy, Keller’s response hits on something important: there are boundaries to Christianity. We might argue over what those boundaries are. The farther we try to draw them from the person, work, and teaching of Jesus the more likely we are to be too exclusive. But boundaries there are. To obscure them, even unintentionally, in our well-meaning attempts to be inclusive is to short-change the gospel. We don't need a Savior if, on our own, we can dismantle the barriers that keep human beings apart.
That doesn’t mean we should treat those outside the boundaries of Christianity with anything other than respect, love, and acceptance. With every human being, Christian or no, we share our status as God’s creation, loved by him. Christ came as the atoning sacrifice for the sins of the world, not just for those who have so far come to believe. Those of us who are inside the boundaries of Christianity have no status to consider ourselves better than those who are outside. But those boundaries exist, and to pretend they don’t is not an act of love toward those trying to find hope and life and peace outside of Jesus.
So, please, treat the non-Christians in your life with all the love, respect, grace, and compassion that they deserve as people created and loved by God. Recognize that people come to believe or choose not to believe for all kinds of reasons, and that faith is God’s work as well. But don’t settle for the world’s anemic inclusiveness as a stand-in for the gospel of Christ, the good news of Jesus Christ our peace, who makes a divided humanity one in his own body, and in his body reconciles us all to God.


I still love the idea of inclusiveness, and I think our world’s increasing love for it might even be a work of the Holy Spirit. God’s intention for the gospel is that it include everyone, too. May that day come, and may we proclaim it faithfully until it does.