About midnight Paul and Silas were praying and singing hymns to God, and the other prisoners were listening to them.
-Acts 16:25 (NIV) 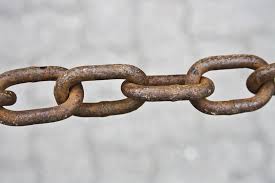