The Reports of the Church's Death Are Greatly Exaggerated -- Part 7

I know your deeds. See, I have placed before you an open door that no one can shut. I know that you have little strength, yet you have kept my word and have not denied my name.
-Revelation 3:8 (NIV) 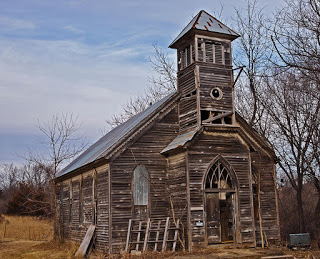 
I think the Holy Spirit will be just fine with that.
Posted by Patrick Odum at 3:02 PM