The end is now upon you,
and I will unleash my anger against you.
I will judge you according to your conduct
and repay you for all your detestable practices.
I will not look on you with pity;
I will not spare you.
I will surely repay you for your conduct
and for the detestable practices among you.
Then you will know that I am the LORD.
- Ezekiel 7:3-4 (NIV) 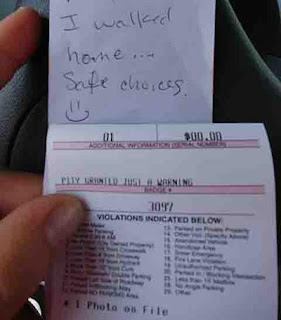 
You can park there.
Posted by Patrick Odum at 3:04 PM