For by the grace given me  I say to every one of you: Do not think of yourself more highly than you ought, but rather think of yourself with sober judgment, in accordance with the faith God has distributed to each of you. For just as each of us has one body with many members, and these members do not all have the same function, so in Christ we, though many, form one body,  and each member belongs to all the others.
-Romans 12:3-5 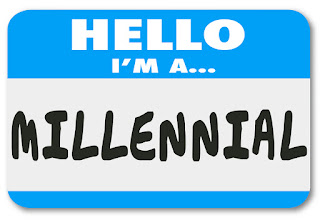 In a blog post called “12 Reasons Millennials Are Over Church” Sam Eaton delves into the reasons why Millennials (the generation born between the early 80s and early 2000s) are…well, you probably get the idea from the title. Sam’s concern in the post is to bring to light some of the reasons that young adults are staying away from church in large numbers, and hopefully to help the church start to consider what we can do to help reverse this trend. I recommend reading the post, despite what I say below, largely in the form of a response to Sam.

Let me tell you, Sam — I’ve been disappointed by the church, too. I’ve felt ignored and devalued. I’ve doubted that we’re helping the poor like we should, wondered about the use of our resources, and been tired of being preached at. I’ve scoffed as the older generation talked about how bad the world is. I’ve felt unwanted and excluded. I’ve felt embarrassed that the church was silent about important issues. I’ve even been ashamed of public opinion concerning the church. I think that’s all twelve of your points, more or less.
Here’s the thing, Sam: I’m 49. I’m not a part of your generation — fine. But I’ve felt all of what you feel about the church, I’m betting. I agree with all your points. And I say this with love and respect and care for you as a brother in Christ: you’re wrong.
Not about the church’s failings and shortcomings: I say again, I agree with you. Not about the church’s seeming inability to reach younger people: we’ve kind of stunk at that my whole life, too. What you’re wrong about is this:
“The truth is, church, it’s your move. Decide if millennials actually matter to you and let us know. In the meantime, we’ll be over here in our sweatpants listening to podcasts, serving the poor and agreeing with public opinion that perhaps church isn’t as important or worthwhile as our parents have lead us to believe.”

Well, that kind of hurts. That doesn't make it wrong, of course, but let’s think about this a little.
Every church I’ve been in over the last 49 years has tried to pass on the gospel of Christ to the next generation. We haven’t had unqualified success, I grant you. But those churches have made good faith efforts to put young people together with teachers and youth ministers who would pass down the faith and help us to grow into adults who love the Lord and see it as our purpose in the world to serve him. You could argue that we could have been better at it, sure. But to wonder now if your generation matters to us? Seems a little unfair.
I was in a church leadership meeting last week. We were sitting around plotting ways to make Millennials mad at us. No, I’m kidding. But there was this guy there, one of our deacons, 12 or 15 years younger than me. He’d be considered a Millennial. This was on a Monday night after he’d put in a day at the office. He could have been home with his wife and kids. And we were talking about some of these same things, and he said something interesting. He said, “Family means showing up”
I’ve been thinking about that all week: “family means showing up.” That’s so true. In healthy families, no one chooses to just opt out. If you disagree with your family’s budget or priorities or attitude about particular issues, or you’re tired of Uncle Ralph telling you again how kids today are so spoiled, you don’t just choose non-participation as a response. You don’t skip Christmas dinner, or Cousin Hetty’s birthday, or little Joey’s bar mitzvah. Sure, people do that, but when they do we recognize that it’s extreme. You normally deal with family dysfunction by showing up. You make your contribution to the family. Maybe you try to influence them to be better. Maybe you make an argument. Maybe you fight. Maybe you try to understand each other and laugh together about the things you find funny. You probably do all of that in the space of half an hour. But, whatever the particular struggles of your particular family, when it’s said and done you try to appreciate the good intentions, understand each other, and forgive each other for hurts and slights. And then you do it again. And again.
Family means showing up. In a family, what you have in common is much more important than the things about which you disagree.
It boggles the mind, honestly, that we don’t think to apply that to church.
That’s probably because we don’t really think of the church as family, even though we pay lip service to the notion. We behave more like it’s a religious interest group or action committee. Or like it’s a volunteer organization that exists to serve its members' pet causes. Or like it’s an exclusive club looking to exclude whole generations. It’s none of that, of course. Paul calls it the body of Christ. Not the church at large, or the church as it should be — that actual, real, local church you go to each Sunday (or not) is Christ’s body. His presence in the world. As imperfectly as we represent him. And we’re arranged just as God wants us arranged, and if one part doesn’t do its work then the whole presence of Christ in the world suffers.
Each of the members (think arms and legs, not attendance rolls) belongs to all the others, Paul says.
Maybe I’m coming across like some old geezer who’s good with things as they are and doesn't want to hear a bunch of young punks telling us how it should be. And, I don't know, maybe there’s some of that. But it bears repeating, Sam: I agree with many of your critiques. I have since I was a young punk. Some I feel even more strongly about today. I think it’s good when younger people in a church grow into a place where they can start asking pointed questions and grilling up some sacred cows. I think it’s healthy when they make those in positions of influence and leadership ask some questions they might not have asked.
What I don’t think is good is when all of that’s done through emotional extortion: Change things, or we millennials will stop showing up. And then what will you do?
The fact is, the church is not for any of us: not individually, not generationally. We don’t even exist for the poor or needy or lost. We exist to be the body of Christ in the world: his arms and legs and presence. That’s what brings us together, what makes us belong to each other, what makes us family.
Most churches I know largely depend right now on older generations to be the presence of Christ in the world. They love younger people. They want younger people in the church. But what they want to know from younger people is this: “Can you be trusted? Will you show up?” And if they think you will, they’ll hand you the keys and turn you loose. And you’ll be able to shape the church as you’re led by the Spirit to do.
At least until your children and grandchildren come along to show you where you got it wrong.