Paul, called to be an apostle of Christ Jesus by the will of God, and our brother Sosthenes, to the church of God in Corinth, to those sanctified in Christ Jesus and called to be his holy people, together with all those everywhere who call on the name of our Lord Jesus Christ — their Lord and ours…
-1 Corinthians 1:1-2 (NIV) 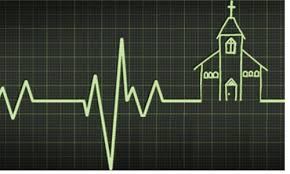 There are a handful of words and phrases I’ve heard all my life that always tell me that there’s a good chance the speaker or writer is from “my” tribe of Christians. Maybe every denominations or fellowship of churches  has such words, little shibboleths that only insiders understand or grasp the full significance of. I suspect so. But I know mine best. So if any of these ring a bell with you, then I’m guessing we have something in common.

If any of those sound familiar, then I’m guessing you could add to the list. And that’s OK. Phrases like that are sort of a verbal shorthand. They come into use because they’re helpful in communicating a group’s values without having to articulate them fully over and over. As long as they aren’t used in a way that excludes others, they’re not a problem.
But exclusion is exactly the problem I have with one word I heard sometimes in sermons and Bible classes growing up. The word “Sound.”
It doesn’t mean something you can hear. I’m thinking of the word because I heard it this week, again, in a phone call. It’s the same phone call I’ve received numerous times a year over the last 23 years. The caller explains that he or she will be visiting in Chicago over the weekend. Sometimes they have a son or daughter or grandson or granddaughter starting college. They’re looking for a church. But before the conversation goes any farther, they want to know one thing: “Are you a sound congregation?”
It comes from Paul’s pastoral epistles — first and second Timothy and Titus. Paul refers to “sound doctrine,” “sound teaching,” and being “sound in the faith.” The word it translates just means “healthy,” and it refers to teaching and lifestyle that fits with the gospel of Jesus. Continuing to proclaim the gospel without alteration is “sound.” Various forms of sexual immorality, lying, perjury, and slavery are not. Leaders in the church should “hold firmly to the trustworthy message as it has been taught,” which will encourage the church and refute those who oppose the gospel. Paul warns that there will always be those who won’t “put up with sound doctrine,” but will instead listen only to what they want to hear.
“Soundness,” in Paul’s terminology, has to do with fidelity to the message of Jesus. Stay true to the good news of Jesus’ life, death, resurrection, and its implications, and you’ll be “sound in the faith.” You’ll be able to teach others to live lives of faith. You’ll be able to resist those who would teach something else as a basis for hope and redemption.
None of that, however, is what these callers want to know. In their mind, there are specific practices, traditions, and values that make a church “sound.” Check those off, and you qualify. Fail to check them, and you aren’t “sound.”
I wonder sometimes if anyone bothered to check the church at Corinth for “soundness” when visiting there. Your church might be messed up, but do you have anyone sleeping with their stepmother? Do you have the divisions they had over favorite teachers and whose spiritual gifts were more important? Have anyone who refuses to share the peach cobbler at the potlucks? Chaotic worship services? Doubt about resurrection? I doubt if my caller did his homework on Corinth he’d show up.
I don’t mean to be unfair. He’s trying to please the Lord. But I can’t help but think that, if Paul called the mixed-up, bickering, arrogant, immoral Christians at Corinth “sanctified” and “holy people,” if he recognized that they and him and all the other churches called Jesus “Lord” together, then maybe we need to stop trying to find reasons to exclude each other. I can’t imagine that the Lord would consider the kind of sanctimonious fault-finding that some of us seem to quick to engage in very healthy — sound — for his followers to spend their time on.
If I indulge those callers, make them feel good about themselves because they’ve found a “sound” church, then I feel like I contribute in some way to their exclusionary mindset. I feel like I’m selling out those churches that are faithful, loving, serving, Jesus-following communities, but wouldn’t check all my callers’ boxes.


Maybe, instead of worrying whether or not others’ are sound, let’s make sure we are. Let’s make sure our faith and morality and ethics are healthy, that we follow Jesus and look more and more like him. And then maybe, if we find ourselves sometime in some church that really is unsound, we’ll be able to help heal them.
Posted by Patrick Odum at 3:52 PM