Therefore everyone who hears these words of mine and puts them into practice is like a wise man who built his house on the rock. The rain came down, the streams rose, and the winds blew and beat against that house; yet it did not fall, because it had its foundation on the rock.
-Matthew 7:24-25 (NIV) 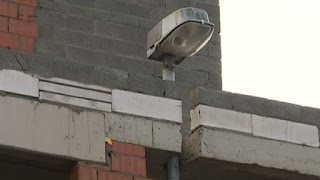 
May we, too, be the Lord’s servants.