…What we preach is not ourselves, but Jesus Christ as Lord, and ourselves as your servants for Jesus’ sake. For God, who said, “Let light shine out of darkness,” made his light shine in our hearts to give us the light of the knowledge of God’s glory displayed in the face of Christ.

But we have this treasure in jars of clay to show that this all-surpassing power is from God and not from us.

Uterwijk’s Jesus “photo” was part of a series he did of historically significant men and women who lived before photo technology was available. Using artistic renditions like paintings, statues, and icons as source material, he utilized an artificial intelligence program to create digital photorealistic images.

It wasn’t immediately clear what source or sources Uterwijk used to produce his Jesus portrait, though some people saw hints of the Christ Pantocrator icon at St. Catherine’s monastery on Mount Sinai. Here’s what he came up with: 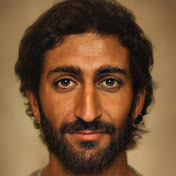 Uterwijk had a problem with Jesus that he didn’t have with his other subjects, like Van Gogh, Napoleon, George Washington, or Queen Elizabeth I — historical accuracy is impossible. The earliest known artistic representation of Jesus dates to about 200 years after his death. (It shows Jesus as a Greek philosopher type, suggesting that historical accuracy wasn’t particularly important to the artist!) The gospels tell us next to nothing about his appearance — just a little about his clothing. About the closest we come in Scripture to a description of Jesus is from Isaiah’s suffering servant prophecy, and if he really was describing what Jesus would look like 800 years or so later (which I doubt), all he says is that he wasn’t much to look at.

So Uterwijk’s AI was left with a bunch of representations of Jesus that show what their artists thought he looked like. Artists have always said more about themselves in the way they represent Jesus than they have their subject. Uterwijk gave his Jesus the skin tones he imagines a man living in first-century Palestine would have had, but of course that’s debatable. (I read a comment online from a woman who suggested that Paul, at least, would have been darker since he was mistaken for an Egyptian — an African — in the book of Acts.) He also gave Jesus shorter hair than his computer did, thinking that would have been more typical for a man of that era.

We probably can’t escape the preconceptions we have in our minds of what Jesus looked like. As a kid, I remember Jesus looking a lot like this: 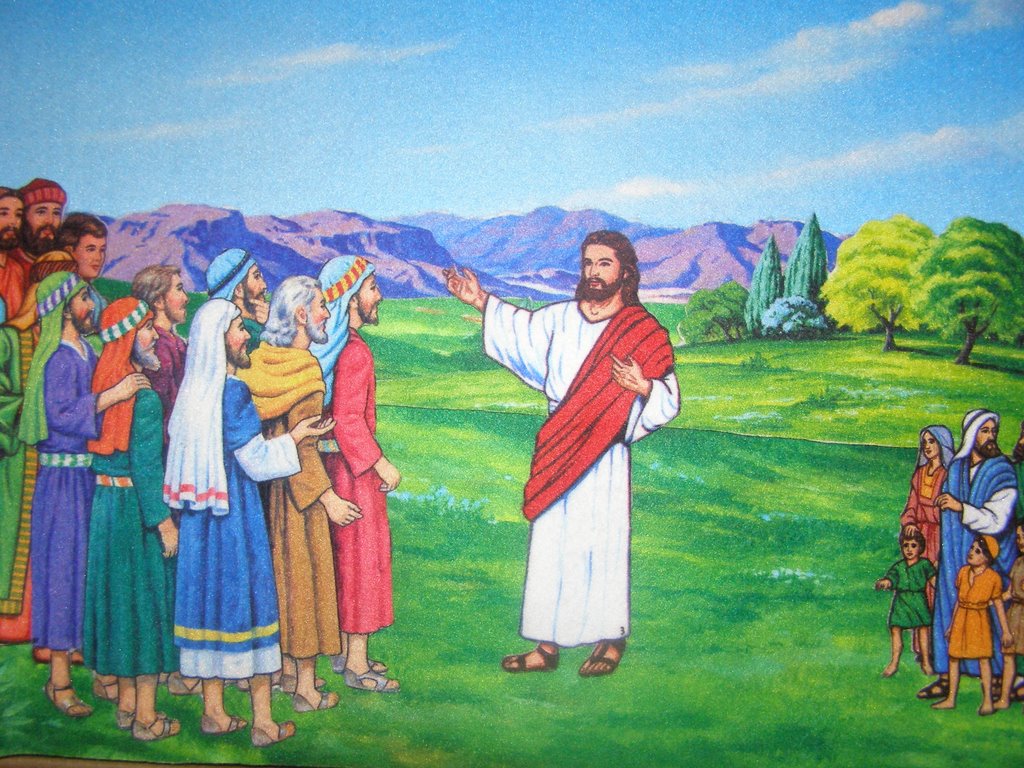 Later, I became acquainted with this image of Jesus, The Head of Christ by Warner 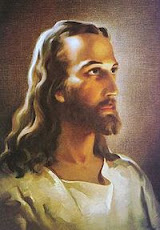 Sallman, commissioned by the 1940 graduating class of North Park Theological Seminary, where I did my graduate work. It’s maybe the best-known image of Jesus in the world, despite the fact that it makes Jesus look pretty Nordic. I know Black Christians who grew up with an image of Jesus like this. Many of them just kind of went along with it. Some who grew up during the Civil Rights Movement wondered what it meant that Jesus looked like the people using fire hoses and batons and siccing dogs on marchers.
I’ve sometimes heard, “If God had wanted us to know what Jesus looked like, he would have told us,” and I suppose that’s true. But it might matter, might it not, for us to be clear about what he most likely didn’t look like — especially in a society that has such a history of injustice to those of darker pigment, even though we claim it doesn’t matter?

Maybe the early Christians had it right: It seems there weren’t many representations of Jesus in the first couple of hundred years after his death because the early church applied the Old Testament’s prohibition of making an image of God to Jesus. Maybe our tendency to imagine Jesus looking a particular way can’t help but do violence to the point of incarnation. To imagine him as a painting, an icon, or even a photorealistic AI image might tend to make us forget that he lived among us, that he was a real person who ate and slept and sweated, that if Peter made him laugh while he drank it would have come out of his nose, and that if you didn’t know him you wouldn’t have been able to pick him out of a crowd in his place and time.

The Word became flesh and lived among us, and capturing an image of what that flesh looked like might have very little to do with whether or not he lives in us.

More important than the question “What did Jesus look like?” is this one: “What does Jesus look like?” He should look a lot like us, right now, a lot like those of us who call ourselves Christ-ians and claim to follow him. The church are those who should be able to say “We always carry around in our body the death of Jesus, so that the life of Jesus may also be revealed in our body.” If Jesus’ life isn’t revealed in our lives, then in what sense can we call ourselves Christians?

Maybe Jesus was darker than Uterwijk’s image. Whether he was or was not, he is living in the lives of many Black believers in our world today. In some places he looks white, in some places Asian, in some Latino, in some Mediterranean, Arab, Palestinian. He’s wherever his people are. He looks like they look.

May he be seen clearly in each of us who go by his name.