An Alternative to Living in Fear

I have told you these things, so that in me you may have peace. In this world you will have trouble. But take heart! I have overcome the world. (Jesus, John 16:33, NIV) 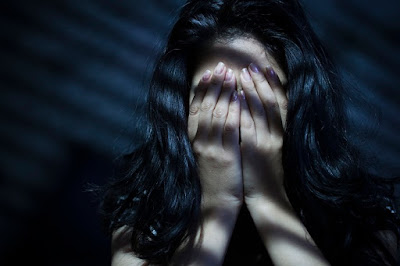 Fear is easy. Far too easy.

Let’s count the things we’re supposed to be afraid of. Violence in my city: over 1800 shootings in the first half of 2021. Maybe you’ve heard, there’s a virus going around, and misinformation about it that’s maybe even more deadly than the virus itself. Oh, and we don’t know what subsequent elections are going to bring, since a significant number of people seem to actually believe the last one was stolen (despite being one of the most scrutinized in history) and even invaded the Capitol to try to stop its approval by Congress.

Those are just the first three things to come to mind. In every life there are things to be afraid of. In every home, in every family, in every heart. Whether a medical issue or a lost job or a financial catastrophe or the loss of someone we love, we all feel our skin crawl and the pit in our stomachs from time to time.

Jesus had a lot to say about fear:

“You of little faith, why are you so afraid?”

“Do not be afraid of those who kill the body and after that can do no more.”

“Don’t be afraid; you are worth more than many sparrows.”

“Do not be afraid…for your Father has been pleased to give you the kingdom.”

“Peace I leave with you; my peace I give you….Do not let your hearts be troubled and do not be afraid.”

Sorry, my mistake. Jesus really only had one thing to say about being afraid.

I know, I know. Easier said than done, right? I don’t mean to come off as sounding dismissive of your fears. I don’t mean to trivialize what you might be going through in your life. And I certainly don’t mean to sit here and pretend that I’ve never felt fear. More importantly, I don’t think Jesus means to do any of that either.

Jesus was facing a cross when he said those things: a very public, very painful, very fatal ordeal. To manufacture some steely-eyed, fearless action hero who ain’t got time to bleed out of Jesus is to take away his humanity and, by the way, drift into heretical waters. Scripture is clear that Jesus was fully human, and that his humanity is the basis for our hope.

What I think Jesus was getting at, more or less, is that we can’t let fear drive the bus. Fear — that feeling of unease and dread in the face of the unpleasant, unexpected, and unknown, that fight or flight reflex — it’s baked into all of us as human beings. Like all of our feelings, fear is part of how we’re made. And, by the way, it can serve some very useful purposes. It can make us hyperaware of dangerous surroundings and immediate threats. It can increase our reaction times in potentially harmful situations, making us ready to lash out in self-defense or run away. It even keeps us out of some of those potentially harmful situations to begin with. Fear is a great servant. It’s just a terrible master.

In telling us not to be afraid, he wasn’t giving us the impossible command to never feel fear. He was telling us that fear shouldn’t drive our values and priorities.

Look again at what Jesus says about fear. He tells us not to be so afraid of those who can at the worst hurt us physically that we don’t obey God when push comes to shove. He encourages us not to be afraid by reminding us of how much we matter to God. He reassures us that God has given us a share in his Kingdom, and so we don’t have to be afraid and anxious over what and how much we have. He has left us peace, he says, and so we should anchor our lives in that peace instead of allowing fear to blow us around.

The bottom line is this: We can choose to let fear lead us, or we can choose to live by faith in a God who loves us and is faithful to us and will bring us through whatever we might be afraid of.

A couple of things that doesn’t mean. First, it doesn’t mean that we should ignore dangers. It doesn’t mean that the threats and difficulties in our world are inconsequential. It isn’t fearful to wear a mask and get vaccinated or to try to improve the environment any more than it’s fearful to call 911 in a medical emergency or if you see a prowler in your neighborhood. Don’t act out of fear. But don’t ignore that there are fearful things that happen in our world, and don’t neglect to do what you can to help ease the fear around you.

It doesn’t mean that we should judge others for acting out of fear. Every human being panics a little from time to time. When someone is living in fear and acting out of fear, they sometimes say and do things that they aren’t very proud of. Fight or flight, remember? If you’re honest with yourself, you can probably relate to that. What that person needs from you in that moment is not judgment, but a clear-eyed peace firmly grounded in Jesus. They need to see that there’s another way to respond to fearful moments. They’re sinking because they’re looking around at the storm too much. They need you to help them refocus on Jesus.

I remember my son’s first experience with the ocean. He was 3, I think, and though I think by then he had been in Lake Michigan, he had never seen the ocean. He was fearless. He went splashing right into the biggest body of water he’d ever seen. We were trying to keep him from going too far, but if we weren’t there I think he would have waded out until it was over his head and then doggy-paddled until he was exhausted.

Then a wave broke that was big enough to knock him down. We weren’t more than a few steps from the beach, but down he went, all the way under. For a second, I couldn’t see him, but I reached down and grabbed him and lifted him up. He came out of the water coughing, rubbing his eyes — and laughing. I thought that might end the ocean experiment, but it didn’t. He showed no fear, and I think the reason is obvious. His father was there to grab him.

That’s how you keep from letting fear control you. When you feel it, acknowledge it. And then look around and find the hand of God reaching out for you. Let him lift you and hold you firm, and know that there is literally nothing you need to live in fear of. Rest in his peace, then face the dangers of life with the courage he gives you.