How To Consume the News (Without It Consuming You) 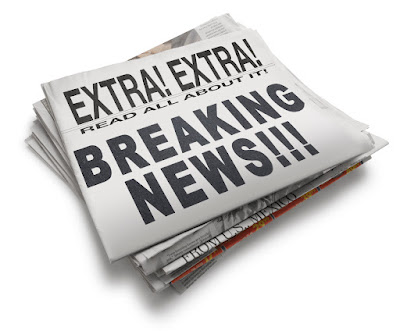 Not long ago, I watched a little of one of those apocalypse movies from a decade or so back. I honestly forget which one it was, but you know the ones I’m talking about back during that trend of environmental catastrophe movies. An asteroid hits the earth, or volcanos erupt, or massive storms flood cities, or maybe all of the above. I watched it for a little while and then turned it off — not because it upset me, but because I didn’t think it was very good.

But before I turned it off, a thought went through my mind: “Isn’t it cute that those were the things we were scared of just ten years ago?”

Feels like in the present that watching the news on TV or opening the news app on your phone is one of those disaster movies where one after the other everything goes wrong. Only it’s real. War. Sickness. Inflation. Shortages. Political corruption. Are you a little overwhelmed by it? Then let me offer some suggestions to you about how to consume the news without letting it consume you, without losing faith, hope, and love.

First: I think there ought to be a big warning sign flashing on our devices or printed with our newspapers or running across the bottom of the screen on TV news channels: “There is SO MUCH MORE happening in the world than this!” When I worked for a TV station producing newscasts for a couple of years, I first heard the slogan, “If it bleeds, it leads.” That’s the first and greatest commandment of mass media, and the second is like unto it: “If it’s sex, it’s next.” Never forget that, in mass media, the news is always in service of profit. Those stories you're seeing and hearing and reading aren’t the only things going on in the world, and likely they aren’t even the most important. When we think they are, then our view of what God is up to in the world gets far too small and stunted and limited. He’s much bigger than the headlines, in case you needed a reminder, but a lot of what he’s doing around us wouldn’t sell ad space. Make sure your vision isn’t too obscured by the “important” stories you see every day to notice his work in the world and consider how you can be a part of it.

Related to that, a word about how news works online. If you primarily get your news from a feed or app like Google or CNN Daily Headlines or AP or what have you, then you need to know that online news feeds and apps send you headlines based on other stories you’ve clicked on. (That’s why my newsfeed is largely populated with stories about football and Star Wars.) Those companies’ algorithms push stories out to you that, based on your past interests, you’re likely to click on. So if you think you’re getting overloaded on stories about the likelihood of nuclear war with Russia or the COVID virus or economic woes, click on some uplifting or educational or inspirational stories. That won’t get rid of all the bad news, but it may let the algorithms know that you’re interested in seeing more than violence, sorrow, and pain on your screen.

A third suggestion is based on something Karl Barth said: “Take your Bible and take your newspaper, and read both. But interpret newspapers from your Bible.” That’s especially good advice for this time when our interpretation of news can be so public. I see Christians commenting on news stories, throwing out their opinions like grenades and blasting those who see things differently, without ever even mentioning their faith. What you understand Scripture to be saying, what your faith in Jesus tells you, ought to give context to your interpretation of the news. If it doesn’t, then you can bet that your reading of the news is interpreting your faith for you, and without you noticing. (I think that’s why so many Christians so easily seem to fall for conspiracy theories and out-and-out lies in the news.) Always filter the news you take in through the gospel of Jesus, the words of Scripture, and the Kingdom of God.

And, yes, I did use the phrase “interpreting the news.” (Well, Barth did.) Please don’t forget that news does need to be interpreted and shouldn’t be accepted at face value. We all are probably aware that news outlets slant their coverage in particular and discernible directions, but it can run deeper even than that. News stories never come from a completely objective perspective. They are always influenced by those who produce them, those who sell them, and those who consume them, and they’re always shaped by other events happening around them. You won’t always know everything that has gone into shaping a story, but just assume that it’s there. If it’s something important to you, try to get coverage from different sources. And resist superficial opinions and facile answers to difficult questions.

Know this, though; we have long since passed the time in human history when anyone can be well-informed about everything. News is a 24-hour global churn. No one has the time, attention span, or intellectual bandwidth to stay submerged in it for as long as it would take to be aware of every story and all their possible ramifications. Most of us, probably, already spend far too much time and energy trying to learn to swallow fast enough to take in the firehose of information blasted at us through our TVs and devices all day, every day. Maybe it’s time for us to be more selective. For starters, stick to a set amount of time each day for news. (The way our ancestors used to!) Try to focus on news that has the most to do with you and the people to whom God has called you. Prioritize local news. Ask how what’s happening locally might affect peoples’ receptivity to the gospel, or how your church might serve or help, or just what God is doing and how you and the community of faith can be a part of it. That’s not provincial, it’s responsible. What’s happening globally might have a lot to do with what’s happening locally — but be an expert on the local events.

Finally, another Barth quote that I ran across while looking for the one above: “To clasp the hands in prayer is the beginning of an uprising against the disorder of the world.” Prayer is a revolutionary act. It calls on God and asks that his kingdom come and his will be done on earth as it is in heaven. Consume news prayerfully. Praying about what you hear and see and read will help you feel less powerless. It will remind you that, whatever is going on in the world, God is on his throne, and that it’s not up to you, or any human being, to solve all the world’s problems. When we pray, we acknowledge the God who brings order out of chaos.

Jesus interpreted news stories of his day: a horrific, government-sponsored massacre at the Temple, a tower collapse. He warned his followers about making too-easy assumptions. He reminded them that, in the end, the most important news is the Good News and its implications for people who refuse to accept it. May we never get so caught up in knowing and responding to the news of our world that we neglect to know and respond to the Good News of Jesus. Your favorite news outlet probably won’t cover it. But that’s the news that should matter to you most of all.