Thoughts on the End of Jonah

But the LORD said, “You have been concerned about this plant, though you did not tend it or make it grow. It sprang up overnight and died overnight. And should I not have concern for the great city of Nineveh, in which there are more than a hundred and twenty thousand people who cannot tell their right hand from their left—and also many animals?” 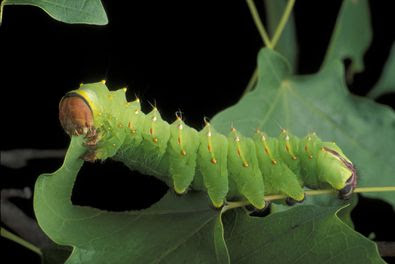 Just finished up a class on the Book of Jonah, and I was struck again by the way the book ends. God has finally gotten Jonah to Nineveh, where he’s supposed to preach against the wickedness there. When Jonah carries out his mission, the people respond. The whole city repents. But Jonah is furious. He wanted Nineveh destroyed. He wanted God to visit his anger on these people and obliterate their city. “I knew this would happen,” he says. “I knew that you are a gracious and compassionate God, slow to anger and abounding in love, a God who relents from sending calamity.” Jonah even builds a little shelter, sets out a law chair, and watches to see if maybe God’s grace will run out and fire will fall on the city.

Jonah’s angry because God won’t commit genocide to feed his desire for some kind of retributive justice.

So God arranges an object lesson for Jonah. He causes a plant to grow and give Jonah some shade — which Jonah is “very happy” about. But then the next day, he arranges for a worm or bug or some kind of similar critter to chew on the plant and kill it. He also arranges for a hot wind to blow through. Sweltering in the sun, with this hot wind blowing on him, Jonah is miserable. He’s as angry as he can be, he tells God.

And that’s when God points out Jonah’s horrific value system. He’s upset about a plant — a plant he had nothing to do with — being taken away from him, leaving him uncomfortable and overheated. But he’s pretty casual about wanting God to wipe out a “great city” full of people who are wicked because they just don’t know the difference — people who he created, whose lives are in his hands, and about whom he is rightfully upset.

The text also mentions the animals in Nineveh. I used to wonder about that. Maybe God’s showing environmental concern? Maybe all of his creation matters to him, and if Jonah couldn’t bring himself to care about the people, surely he could see the animals didn’t deserve God’s judgment. But now I think the reference to the animals reminds us that the people Jonah wants God to destroy have a place in his creation, too. In that, they’re not all that different from Jonah and his people. They have work to do. Animals to tend. Their lives have purpose, and if God wants to preserve those lives then Jonah should rejoice in it, not resent it.

We got to the ending of Jonah a few days after the mass shooting at Tops supermarket in the Kingsley neighborhood of Buffalo. Ten people were murdered, three others wounded. Eleven of the victims were Black, and the shooter made it known through a long, rambling “manifesto” that the demographic of his victims was intentional. He drove 200 miles to Kingsley because it’s a predominantly Black neighborhood. In his manifesto, he described himself as a white supremacist who supports a conspiracy theory that says that White people are being systematically replaced in Europe and North America through immigration and decreased birth rates, and that’s about as much of that “theory” as deserves attention. He said that the attack was intended to terrorize all nonwhite, non-Christian people and get them to leave the country.

Here’s the thing: the ridiculousness of a belief does not stop people from killing for it.

Now, as the aftereffects of this tragic event play themselves out, one of the things we might be tempted to do is to dismiss this shooter as a young, impressionable, bored guy with mental illness — and it may turn out that there’s truth in that. It may not. But don’t let that cancel out the fact that people all over our country — and some in our churches on Sundays — buy into some form of this crazy idea that White people are being replaced. Oh, not the version where you grab a rifle and go looking for someone to kill, maybe. But it’s there, in some form, in a disturbing number of ways.

You can hear it nightly on certain news networks: fears stoked that politicians want to grab power by forcing demographic change. Or how “classic Americans” are being “drowned out” by elitists. According to an Associated Press poll, one in three American adults now believe that an effort is underway “to replace native-born Americans with immigrants for electoral gains.” All this in spite of the fact that there has never been  evidence of widespread voter fraud involving illegal immigrants — or any other ineligible voters. News presenters legitimize the darker versions of this idea with their more sanitized versions. The loss of “our way of life” is talked about openly on social media posts — and there’s no question of whose way of life is, supposedly, being lost. One political party is making it, increasingly, a part of their platform.

Sometimes, sadly, the church is the worst repository of this kind of thinking, when crime, immorality, and corruption are explicitly linked with supposedly unchecked illegal immigration.

If we’ve ever used that kind of language, even without considering the implications, we need to repent of it. It’s fertile ground for the kind of thing that happened in Buffalo. I’m not saying it’s the only cause. I understand that the vast majority of people hate violence and didn’t want it to happen. But people who would never pick up a gun sometimes use words and language that suggest that “they” — whoever “they” may be — are a threat to “us.”

And if we hear it, we need to call it out. Particularly those of us who are White. We need to obey Paul when he writes, “Have nothing to do with the fruitless deeds of darkness, but rather expose them.” If everyone who called themselves Christian would repudiate every occurrence of this kind of thinking that they hear, if we’d reject those who put it on our screens and those who get elected on it, then just maybe it would lose the foothold it seems to have found in our culture, and just maybe there’d be fewer instances of it being radicalized into the form we saw in Buffalo and in what seems to be an increasing number of instances: Utoya, Charlottesville, El Paso, Pittsburgh, Christchurch. This isn’t political: both sides of the aisle can, should, and do repudiate this reprehensible idea that “we” are being replaced by “them.” It's a form of white supremacy, and it needs to die once and for all.

For over a quarter of a century, I’ve been a part of a church in which immigrants worship and serve the Lord with people born in America, in which Blacks, Whites, Asians, and Hispanics pray and read Scripture together and share communion together. I have gained everything by being associated with all of these people. I have lost nothing. I love them dearly, and they love me. There is room for me and there is room for them.

And may the attitudes that gave rise to what happened in Buffalo sink back into the pit from which they came.