There is only one Lawgiver and Judge, the one who is able to save and destroy. But you—who are you to judge your neighbor? (James 4:12) 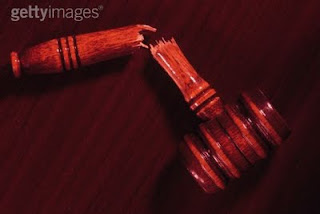 Two robbers forced their way into a home in Indianapolis last week. They tied up the owners and hit one with a handgun, but as they ransacked the house, the family’s infant son, Jaylin, started to cry. Jaylin’s mom asked one of the invaders if there was any way he could let her oldest son feed the baby.

He even warmed Jaylin’s bottle in the microwave, Jaylin’s mom reported.

Maybe you don’t expect someone who breaks into someone else’s home, ties them up, and pistol-whips them to have much of a heart. That’s why this story is news, isn’t it – because it’s unexpected? We know, after all, who these guys are who break into homes and hurt people. We know what kind of people they are, and we don’t have a lot of room for the picture of them taking time out of their busy day of robbing and terrorizing to take care of a hungry baby. It doesn’t fit.

Could it be, maybe, that we’re too quick to put people into boxes based on the limited knowledge we have of their motives, actions, values, and situations? We’re so prone to judge people on so little evidence: on the basis of one bad day or a few careless words, a poor choice made in a weak moment, a disagreement, a personality quirk. We shove them in our mental boxes and bolt down the lids: liar, thief, cheater. Heretic. Selfish. Failure. Sinner.

“Do not judge, or you too will be judged,” Jesus once cautioned. The reason he gives emphasizes what a double-standard it is when we pigeonhole people a little too efficiently and expeditiously: “For in the same way you judge others, you will be judged, and with the measure you use, it will be measured to you.” None of us want to be placed in a box based on a few of our worst actions. We all prefer to be evaluated, if at all, on our entire body of work. Jesus just reminds us to extend that same courtesy to those with whom we share life.

No one would suggest that it’s OK, under any circumstances, to break into a house, assault the people living there, and take their possessions. I wouldn’t know where to begin to defend those actions, and wouldn’t want to try even if I did. From the perspective of the law, of simple right and wrong, the people who committed that crime should be found and punished. That’s not at issue here.

What Jesus reminds us, though, is that we don’t see people as just the sum total of their bad decisions and less-than-greatest moments. Even as we hold people accountable for their actions, we can recognize that they’re more than the sum of their actions. And even when we come into contact – as we will – with people who have elevated wrongdoing to an art form, he reminds us that it’s too much like the world and too little like him to slap a label on that person and dismiss him or her as irredeemably and irretrievably broken.

What do you think when you see a homeless person? What are your opinions of a friend who’s hurt you? How do you evaluate a person who’s victimized you or someone you care about? A brother or sister who’s disappointed you? A spouse who’s taken his or her vows too lightly?

Even home invaders can have compassionate moments. You can never tell what might be buried in a person’s heart, waiting to be rediscovered. And don’t we believe that God can uncover the things that have been buried by years of pain, bitterness, self-preservation, and bad choices?

James reminds us in no uncertain terms that there’s only one who’s qualified to be judge and jury, only one who can be trusted to truthfully evaluate hearts and minds. He will save and destroy. “Who are you to judge your neighbor?” he asks. That’s a reasonable question, isn’t it? Who, exactly, am I to sit in judgment on anyone?

I’m a person who’s made my share of bad decisions, that’s who. I’ve been selfish. I’ve been angry. I’ve said things I’ve regretted, and probably a few things I should have regretted and didn’t. I’m aware enough of my own failures that I feel pretty sure that, given less-ideal circumstances than the ones I enjoy, I might very well have made even worse choices. Given all that, I need to be very cautious about treating anyone else in way that keeps them perpetually on the hook for every sin they’ve ever committed. I don’t want to spend my life in someone’s convenient box for my sins, and I’m certainly grateful God hasn’t treated me that way. I’m grateful that he sees value in me in spite of the sinful things I’ve done and the good things I haven’t. How else can I show that gratitude but by giving others the grace I’ve received.

Because that’s what it is not to pass judgment: grace. To say to someone, in words and actions, “In spite of what you’ve done I see and celebrate the image of God in you” – that’s a great gift to give. That’s not to say we celebrate or wink at sin. It’s not to say we don’t mourn the way the image of God in a person can be so warped and obscured. In the end, we choose not to pass judgment because in doing so we human beings almost always overlook the potential for good that exists in all of God’s creation. And that’s an affront to our Creator.

Our Creator. That’s what we all share in common, whichever side of the law or respectability or society’s approval we may find ourselves on at any given moment. We’re all God’s creatures, and none of us are called to sit in judgment on any of the rest of us. We’re called instead to love each other, serve each other, and be witnesses to the grace of God in Jesus Christ by the things we do and say.

Maybe there’s someone you need to let off the hook. You need to open the box you’ve placed them in and let them out. Maybe just in your heart, to start with – but rest assured that choice will affect the way you treat that person, talk about him, and think about him. You’ll start to see how much he matters to God, and you’ll start to imagine what God can do with him and in him.

Trust him to judge. He will, rightly, and at the right time.

And you won’t want to change a thing.

Unless otherwise indicated, all Scripture quotations are taken from The Holy Bible, Today’s New International Version TNIV (r), Copyright (c) 2005 by International Bible Society. All rights reserved.
Posted by Patrick Odum at 8:33 AM