Let the peace of Christ rule in your hearts, since as members of one body you were called to peace. And be thankful. (Colossians 3:15) 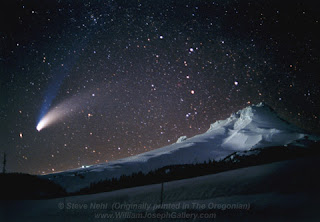 Christmas Night. The gifts are put away. The food eaten. The sounds of tearing wrapping paper, the tones of my son’s new keyboard, the laughter of family and friends have given way to quiet. Even the weather has slipped into the peace of this most peaceful of nights, the rain that pattered steadily against the windows all day having turned a few hours ago into a light and silent snowfall while my attention was on other things.

That’s a nice parable, really, a good analogy for the way the peace of Christ comes: quietly, softly, while we’re focused on other things. It comes in dingy stables in out-of-the-way places, on silent nights when only a few have eyes to see and ears to hear what’s happening. It comes in turmoil and chaos, while the world roils and writhes and tyrants seem to carry the day. Into fear and grief and pain and even death it comes, in the labor pains of a young woman and the faith of a young man.

The peace of Christ comes crying and wailing, wrapped in rags and lying in the hollowed-out log where cattle usually munch hay. No wonder so few seem to recognize it.

Read an article from a magazine called Slate yesterday (http://www.slate.com/id/2179865/). The article, written by Melinda Wenner, was titled “Can a Virgin Give Birth?” I was struck, as I read the title, that if not for Jesus and the story of his birth I would have laughed out loud at that title. After all, it’s so ridiculous a question that except for the Christmas story, no one in her right mind would even entertain it. Can a virgin give birth? Might as well ask if an anvil can float.

Well it turns out that, according to the article, a virgin can give birth – it’s just very, very unlikely. I’ll spare the details, but basically it comes down to three or four one-in-a-billion genetic mutations occurring simultaneously. The conditions have only been replicated in a lab, and not with human beings. But according to Ms. Wenner, it’s at least theoretically possible.

Of course, that does nothing to ease the embarrassment of the circumstances surrounding Jesus’ birth. That’s right, embarrassment. Just ask Joseph, who when he heard of Mary’s pregnancy was of a mind to end his engagement as quickly and quietly as possible. By the time Paul wrote his letters, some 10 or 15 years after Jesus’ death, the embarrassment seems to have lingered. Paul never mentions the virgin birth; the closest he comes is when he makes the point that Jesus was “born of a woman,” more to emphasize that he shared in the human condition than to theologize about the meaning of the circumstances surrounding his birth. In fact, it’s pretty significant that the church has never placed much theological weight on the virgin birth. And, since the word translated “virgin” in Isaiah 7 is probably better translated “young woman,” we don’t even need a virgin birth for the prophecy to work.

Biblically and theologically, then, there doesn’t seem to be a need for God to bring Jesus into the world in so strange and potentially embarrassing a manner. Incidentally, that’s a very good reason to believe it. There seems to be no reason at all for Jesus’ followers to have preserved the story of his conception – except that it happened that way. The word Matthew chooses is “virgin” – not “young woman” – and the best explanation for that is that it’s the story he heard.

So with all of its technical detail, the article misses a very important point. We don’t celebrate the birth of Jesus because it makes sense in terms of science, or because it might be possible under the right laboratory conditions. We celebrate his birth because it doesn’t make sense. We celebrate its strangeness and wonder at its weirdness. In the unlikeliest of circumstances, God came to be with us in Christ. The virgin gave birth to a son, and we call him Immanuel – “God with us.”

As the article demonstrates, he comes when we have our attention focused elsewhere. While we make our plans and meditate on our theories and make our decisions, Jesus comes like a Christmas night snow and disrupts everything. He comes in less-than-ideal circumstances, in ways that are easily missed or misinterpreted. He comes in turmoil and chaos, into fear and grief and pain and even death. He comes crying and wailing, wrapped in rags. And he comes that way because those are the people for whom he comes. Those who cry and wail. Those who are wrapped in rags. Those who feel the chaos and turmoil of a world gone wrong, who feel the tyrant’s hand keenly and have lived too long in death’s shadow. He comes, in short, to people like us, and brings peace to real lives like the ones we live.

Apparently, though, the peace of Christ is something we have to let rule in our hearts. I guess that’s because it’s human nature to let other things rule: doubt, or fear, or guilt, maybe. Or, on the other hand, our own abilities, plans, common sense, or intellect. The peace Jesus brings doesn’t come insisting on being heard and heeded. It comes offering another way to live, another compass by which to calibrate our hearts. It comes promising that the things we can see and hear and touch around us aren’t the only things, or even the most important things. It comes suggesting that what we understand is far too shaky a foundation upon which to build a life.

So as Christmas comes to a close for another year, it would be a shame if we put the peace of Christ away in the attic with the decorations, only to be taken out and appreciated for a few weeks next year. The peace he brings is for our everyday world, much more than it is for some mass-marketed “holiday season.” He offers us everyday peace, and invites us to choose to let our hearts be ruled by it. Let’s begin now to trust him, even when everything around us is messy and chaotic and shouts that we should panic. Allow his peace to rule in your heart: to set your agenda, determine your priorities, and inform your thoughts, words and actions.