He went to Nazareth, where he had been brought up, and on the Sabbath day he went into the synagogue, as was his custom. He stood up to read, and the scroll of the prophet Isaiah was handed to him. Unrolling it, he found the place where it is written:
“The Spirit of the Lord is on me,
because he has anointed me
to proclaim good news to the poor.
He has sent me to proclaim freedom for the prisoners
and recovery of sight for the blind,
to set the oppressed free,
to proclaim the year of the Lord’s favor.”
Then he rolled up the scroll, gave it back to the attendant and sat down. The eyes of everyone in the synagogue were fastened on him. He began by saying to them, “Today this scripture is fulfilled in your hearing.” (Luke 4:16-20) 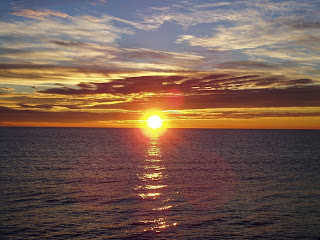 If you don't live in Chicago, you probably don't know Father Michael Pflegler. He's the priest of St. Sabina Catholic Church, a predominantly African-American congregation on Chicago's south side. Pflegler has fought the efforts of the Archdiocese of Chicago to move him to another parish, in spite of the fact that priests are limited to two six-year terms of service at one location. Pflegler, who is white, has chosen to stay with his congregation and actively campaign for justice and stand against racism and inequality on their behalf.

Pflegler has made news in Chicago for a variety of actions, including threatening to “snuff out” the owner of a gun shop in his neighborhood and flying a flag upside-down as a protest against youth violence. Most famously, he was reprimanded during the 2008 election by the Archbishop of Chicago for mocking Senator Hillary Clinton from his pulpit and actively campaigning for President Obama.

He's sensational, and arguably effective. And the Archdiocese of Chicago's Office of Racial Justice is honoring him with a Lifetime Achievement award for “service in pursuit of dismantling racism, injustice and inequalities on behalf of African Americans and all people of color.”

Some Chicago Catholics are outraged. Despite Pflegler's service, they say, his problems with authority, his tactics, and his rather warm embrace of controversial religious leaders like the Nation of Islam's Louis Farrakhan make him a poor choice for the award. A commenter on the Chicago Tribune's website sums up the sentiment well: “He should be doing the work of the church instead, which is winning disciples for Christ, instead of wasting his time on politics.”

This story caught my eye in part because I've been thinking too about the place of the church in politics. Conservative pundit Glenn Beck's recent feud with Jim Wallis, the president of Sojourners, a politically liberal Christian organization devoted to social justice, provides a bookend for the Michael Pflegler story. Wallis' and Becks' feud started when Beck told his viewers that if their churches were engaged in “social justice,” they should leave those churches, because “social justice” is code for the full agenda of the radical political left.

Honestly, in the church where I grew up I heard much the same: Christians are to be more concerned with the next world than this one, we're to concentrate on spiritual issues, we're to eschew politics. But I've also been exposed in my adult life to a different stream of Christian thought that says the church should advocate for justice and stand up for the oppressed. It strikes me that neither Michael Pflegler nor Glenn Beck nor Jim Wallis are likely to be entirely without error in their judgment. So I've been re-reading the gospels lately, asking myself what side of the debate – if any – is closer to Jesus himself.

What I've found, first of all, is that the Jesus who's more concerned with the next world than this one is a figment of some churches' imaginations. That whole “this world/next world” paradigm doesn't work for Jesus because his entire message was that the kingdom of God was “near.” For him, God's kingdom wasn't somewhere to go when we die. It was breaking in to the world, infiltrating the current age, through Jesus and his followers.

It's right there in Luke 4, as Luke introduces Jesus to his readers. Jesus describes himself and his work in the words of Isaiah, in the proclamation of good news to the poor, freedom for the prisoners, recovery of sight for the blind, and relief for the oppressed. Jesus understands his mission as announcing that at long last the “year of the Lord's favor” had come. And he was careful to tell his hearers that it wasn't only a hope to be deferred until death: “Today,” he promised them, “this scripture is fulfilled in your hearing.”

And so, “blessed are you who are poor” (Luke 6:20), not because it's so great to be poor but because “yours is the kingdom of God.” And blessed are those who are hungry, and who grieve, and who are hated, because God's kingdom is especially for people like that, and as it grows in this age like yeast in a lump of dough it will displace the injustice and sin and hate and loss that create hunger and grief and persecution in the first place. Jesus knows that his kingdom is “not of this world,” and so his followers don't have to fight to install him on a throne. But that doesn't mean that Jesus had nothing to do with this world. Every healing, every exorcism, every meal with a sinner was a sermon that the kingdom of God has come and that the current age is passing away.

But Jesus didn't tell his followers to go win political power. He told them, and ultimately showed them how, to go hurt with the suffering. To be people who see with our Father's eyes and speak with our Father's mouth and love with our Father's love. He showed us how to feed the hungry and heal the sick and proclaim good news to the poor – to announce “the year of the Lord's favor” to a world in danger of forgetting him completely. And, maybe worse, in danger of thinking that he's forgotten them.

So, no, I don't think Jesus would say that the gospel isn't about this world. He would tell us to go and be his followers, to do what he did, and through our words and actions testify that the kingdom of God has come and will one day come in power and fullness. And until that day, to do what we can to witness to and demonstrate its reality.

Jesus was political, in that he proclaimed a new day in which the order of things was turned upside down, the last are first and the first go to the end of the line. And his followers must be political, in that we begin to live out this new world. Not to gain political power in a dying age, but to testify to the power and love and grace of God. And in so doing, to win disciples for Jesus.