You, then, why do you judge your brother or sister? Or why do you treat your brother or sister with contempt? For we will all stand before God’s judgment seat...So then, we will all give an account of ourselves to God.
Therefore let us stop passing judgment on one another. Instead, make up your mind not to put any stumbling block or obstacle in the way of a brother or sister...
For the kingdom of God is not a matter of eating and drinking, but of righteousness, peace and joy in the Holy Spirit, because anyone who serves Christ in this way is pleasing to God and receives human approval.
Let us therefore make every effort to do what leads to peace and to mutual edification. (Romans 14:10-19) 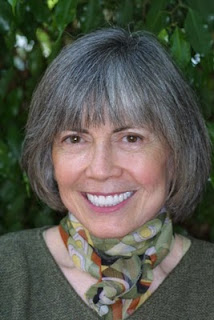 Late last week, Anne Rice quit Christianity. She made the announcement on her Facebook page, of all places, in the following words:

Many of you may not know who Anne Rice is. She's a best-selling novelist, and the characters in her books have ranged from vampires and witches to...well, to Jesus. Long before Twilight, she was vampires (and her vampires weren't petulant teenagers). More recently, she's written two novels – remarkably orthodox ones, without vampires or witches – about Jesus in his early years and told from his perspective. Even though her characters are usually fantastic and supernatural, her writing is evocative and compelling, and her storytelling is second to none. And it has mirrored her alienation from the church, as well as her journey back to it.

She's been outspoken about her return to faith during her late husband's illness and death, and her return to the Catholicism of her childhood. She's also been outspoken about her disagreement with the church on several important issues, including the ones she raised in her announcement last week. So her “resignation” from Christianity is not exceptionally surprising. Still, when a sister in Christ – even one I don't know personally – announces that she's leaving the church, it's troubling. In the spirit of her announcement, I'd like to make one of my own. Maybe it'll help someone who, like Mrs. Rice, is feeling like she needs to leave Christianity for the sake of following Jesus.

So, here is my announcement: I'm not quitting Christianity.

I can't. For one thing, like Mrs. Rice, I'm committed to Christ. I've been won over by him. The one thing Christianity has going for it is the One it's named after, and the One whose name a Christian wears. His love for me is so compelling, his grace is so rich, his vision of the Kingdom of God is so full of joy and hope, and the lifestyle he urges so right and true, that I can't imagine living without him. I'm like Peter who, when Jesus asked if he and the other Eleven were going to stop following him, could only stutter, “Where would I go?”

It seems that Mrs. Rice gets that, and intends to continue following Jesus. So I'm a little unsure as to what she means when she says that she's quitting Christianity. I think what she probably means is the version of Christianity that she has been living and experiencing in the context of the group of people that she might call “her” church. Most Christians have one of those: the group we mean when we talk about “our” churches where we're members, where we go to worship and pray and have communion and listen to a sermon. That group can be very important to us, but it's not the sum total of Christianity. And, more to the point, its priorities and values and teachings aren't necessarily exactly congruent with the priorities and values and teachings of Jesus. In fact, they frequently aren't.

If that's what Mrs. Rice is talking about, then I get why she's quitting. I do. A Christian's identity shouldn't be all about what she's against. A Christian's identity should be wrapped up in Jesus. And, while he was quite demonstrably against some things, he was against them because they were directly opposed to what he was for, and what his life was about. And I don't think you'll ever find an example of him being against people of any stripe – though he occasionally had some tough words for some.

What Mrs. Rice wants to quit isn't Christianity. It's Christians. It looks as if she wants to follow Jesus, but without responsibility or obligation to others who follow him – particularly those who she doesn't agree with about some things. Maybe the church she's been a part of hasn't been comfortable with her differing from accepted teaching, but I happen to know that she's not the only Catholic to disagree with church leaders on the issues she mentioned. And, to paraphrase Paul, the kingdom of God isn't about homosexuality or feminism or birth control. Those are important issues, to be sure. But nothing that needs to send Christians running for the exits if we can get what holds us together straight first. Jesus. Once we have that straight, we can hear the word of God together, and interpret it together, and sometimes even allow one another to come to differing conclusions with the knowledge that we will all stand before God one day and give account... of ourselves, and of ourselves alone.
Like Mrs. Rice, I've sometimes felt that the fellowship of churches in which I came to Christ and still follow him is “quarrelsome, hostile, disputatious, and deservedly infamous.” I've sometimes felt like an outsider, as well, however hard I tried to belong. But then there are the people with whom I worship on Sundays, and for whom and with whom I commiserate and pray during the week. And even though I disagree with some of them pretty sharply about some things, they love me. They accept me. They don't make me agree with them, just so long as my hope is in the risen Christ and the kingdom of God.

So I'm not quitting. And I hope Mrs. Rice – and others like her, who are ready to quit Christians, at least – will find others with whom they can follow Jesus. Because it's hard to do it alone.

And no one should have to.