Then a teacher of the law came to him and said, “Teacher, I will follow you wherever you go.”
Jesus replied, “Foxes have holes and birds have nests, but the Son of Man has no place to lay his head.” (Matthew 8:19-20) 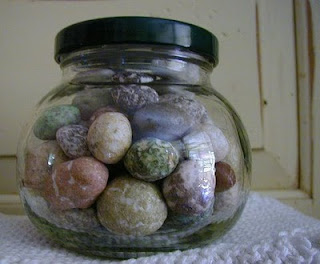 At a meeting at my son's school this past week, several of the parents in attendance were complaining about the amount of homework our kids have to do each night. Several of the parents told stories about late bedtimes, stress in the household, and plans cancelled – all due to homework.

Every family with school-aged children could probably tell similar stories, of course. But my attention was particularly grabbed by one parent who told the group that, because of excessive homework, they had skipped church the previous Sunday. Immediately, two or three other parents nodded their heads. One parent later said that they, too, had missed church the previous Sunday.

Josh's principal had been quiet for most of the meeting; I think she felt that it was important to let the parents have their say. But after the comments about missing church, she had something to say. And it wasn't really about homework, but something bigger, and ultimately more important.

She said, “You're the parents, and you decide what is important in your house.”

In some ways, maybe that sounds too easy. I know it didn't solve the debate about how much homework is too much. What the statement did accomplish was to reframe the discussion in terms of priorities: “You decide what's important.” Sometimes, amid the realities of all the things we have to do each day, and with the voices of all the bosses and parents and children and spouses and teachers telling us that this or that is important or urgent ringing in our ears, we forget that we have the responsibility to decide what matters most to us. Not the guy who signs our paychecks. Not the person to whom we're married. Certainly not the people who assign our kids' homework. We decide. And we live accordingly.

I think Jesus was saying something like that to the certainly well-intentioned guy early in the gospel of Matthew who wants to be his disciple. He wants to learn from him. Wants to be with him and live life in his shoes. And it seems like Jesus brushes him off. I think, though, that he was more likely saying something about priorities. He wanted this guy to know that he had the power to decide what mattered most to him.

“The Son of Man has no place to lay his head,” he warned. And rightly so, because you can't have everything. To follow one path is to abandon another. To open one door is to leave another closed. There are just so many hours in a day, and to set one thing as a priority might mean you can't do something else. Or at least not right then. Or not as much. The parents at that meeting were feeling that time crunch. You can't do homework and go to church at the same time. (Well, you can – but neither ministers nor teachers recommend it...)

What the principal reminded those parents of, though, is that it they wanted going to church to be a priority in their house, then they just needed to go to church. They needed to set the priority and fit the homework around it.

Jesus, I think, wanted this man to understand what following him would mean giving up.

Because following him does mean giving up other options, other choices, other priorities. I'm not necessarily talking about going to church vs. doing homework now, because going to church doesn't exactly equal following Jesus.*

But this goes beyond what you do with an hour or two on Sundays. Following Jesus – being a disciple – is mostly about choices. It's a spiritual decision, yes, but our society's current inclination to talk about spiritual things as if they have no connection to the realities of day-to-day life is just foolish. Jesus made no such distinctions. Following him meant taking a serious hit in your standard of living. It meant depending on the kindness of others, maybe sleeping out under the stars some nights. You didn't follow Jesus in those days for status, or wealth, or the approval of others. In fact, following him would probably cost you at least one of those, and quite possibly all three.

And though in the intervening centuries we've developed a Christianity Lite that sort of fits comfortably in among all the other things we want to do with our lives, the real thing is no less disruptive to our priorities today than it was back then.

Sometimes following Jesus will call us to spend more time with our families, to love our children and spouses more. Sometimes following him will call us away from our families. It takes careful listening for his voice to know which. It's not always easy to know what following Jesus means for ourselves. It's nearly impossible for us to be certain about someone else. Again, you decide what's important for you. Sometimes it helps to have another perspective, so accept it graciously and offer it in the same way. But never forget that you have the privilege – and the responsibility – of evaluating what following Jesus will mean for you.

Stephen Covey suggests that, in evaluating priorities, you think of a large, empty jar. Beside it are two other jars the same size. One is filled to the top with big rocks. The other is filled halfway with small pebbles and crushed gravel. Your challenge is to get the rocks in both jars into the empty one.

So fit the big rocks into your life first. Follow Jesus. Let him set your priorities. You probably still can't get all the smaller ones in. But at least you'll know that what really matters is there. And I'm convinced that he'll help you work the rest out.

Now, excuse me while I go help my son with some homework.