Since, then, you have been raised with Christ, set your hearts on things above, where Christ is seated at the right hand of God. Set your minds on things above, not on earthly things. For you died, and your life is now hidden with Christ in God. When Christ, who is your life, appears, then you also will appear with him in glory.
Put to death, therefore, whatever belongs to your earthly nature...Rid yourselves of all such things as these: anger, rage, malice, slander, and filthy language from your lips. (Colossians 3:1-5, 8) 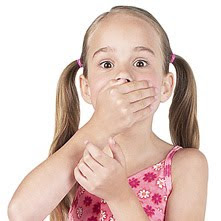 Change one letter in the title of the current number one movie in America, and it would be unprintable.

That's not a coincidence, of course. It originates with a joke based on one of the characters' last name that runs throughout the series. It's not even a particularly good joke; it's kind of juvenile, truthfully, the kind of thing a sixth-grade class might snicker about when the teacher calls a new kid's name on the first day of school. But the movie's producers no doubt thought it would be a hoot to see it posted in the windows of movie theaters all over the nation, which makes you wonder about the mental ages of the people running Hollywood.

It's part of a trend, though – one that I'm far from the first to notice. We've become, for lack of a better term, a society of potty-mouths. While George Carlin's “Seven Words You Can't Say on Television” are still (more or less) censored on network TV, writers are pushing the envelope. Off the top of my head, if I was so inclined, I could list several words now more or less common on broadcast TV, in prime time, that were unheard just a few years ago.

And when it's not explicit, it's subtle. Or, rather, as close as Hollywood comes to subtle. Innuendo and subtext are so common and so obvious as to lose their effectiveness. We're now treated to shows and movies called “Bleep My Dad Says” and “Kick A**” - both of which might as well go ahead and say what they're thinking, since the rest of us are thinking it anyway.

We've become such a society of potty-mouths that the English language has evolved(?) in adjustment. When Pennsylvania Governor Ed Rendell responded to the NFL's decision to postpone a game in Philadelphia by saying that the United States has become “a nation of wusses,” I wonder if he gave any thought at all to that term's origin and etymology. When we say (increasingly) that something “sucks,” I wonder if we're even aware of what we're saying. Text-speak has given us shortcuts like “WTF?” and “OMG,” and I can assure you that they aren't meaningless collections of initials.

I know, I know: I'm coming off as sort of cranky and prudish. The fact is, though, that hearing most of the words and phrases I've just mentioned don't offend me in any great measure. I've heard them often enough, in fact, that much of the time I barely notice. And I guess that's really my point: we've become such a society of potty-mouths that we barely notice when we hear it. And it might be a short step from there to adopting at least some of those words and phrases without much critical thought.

As an example, take the phrase, “Oh, My God!” used as an interjection. I've heard it used, even by believers, as pretty much an equivalent to “Wow!” Ask someone who's just used it, even a believer, and they'll likely not even realize what they said. And they'll say something about how they didn't mean it.

Of course, that's exactly what the third Commandment is there to prevent: using God's name as a byword, without reverence, worship, or even conscious thought.

It's exactly this kind of thoughtless mimicry of the culture that we believers need to avoid. What we say matters. “What goes into your mouth does not defile you, but what comes out of your mouth, that is what defiles you,” Jesus said. (Matthew 15:11) Solomon wrote, “Keep your mouth free of perversity; keep corrupt talk far from your lips.” (Proverbs 4:24) Paul listed “filthy language” as one of those things that belongs to our fallen nature, to be put aside in favor of “set[ting] [our] hearts on things above, where Christ is seated at the right hand of God.” Believers, in other words, should set a standard of speech that is not out of place in the Kingdom of God.

In a society of potty-mouths, we should stand out.

I don't expect a society in which everyone's language fits those standards. I don't expect to avoid hearing offensive, foul, or obscene language. Actually, the issue isn't what I expect at all. It's simply that in the matter of speech – as in the rest of our lives – the church is to glorify our God and bless the people around us. And so, even if society's opinion of what is acceptable language has changed, we will still choose to speak in ways that show our reverence for God and our respect for our fellow human beings. Language that belittles, objectifies, titillates, mocks, or curses belongs to the world, not to us. Speech that betrays a flippancy or lack of reverence toward God has no place in our vocabularies.

When I meet someone for the first time, and they finally get around to asking what I do for a living, it's kind of entertaining to see them replay the conversation up to that point in their minds, wondering if they've said something they should apologize for. Of course, everything we see is heard by God, and by the people around us. Surely that's all the reason we need to be aware of what we say, and to ask ourselves if it should be coming from the mouth of someone who worships God. I'm not talking so much about what you say in the heat of the moment if you hit your thumb with a hammer as I am about the words we more habitually (and sometimes unconsciously) choose. Let's be thoughtful about what the people around us, and especially our God, hear us say.