“Suppose one of you wants to build a tower. Will he not first sit down and estimate the cost to see if he has enough money to complete it? For if he lays the foundation and is not able to finish it, everyone who sees it will ridicule him, saying, ‘This fellow began to build and was not able to finish...’
“In the same way, any of you who does not give up everything he has cannot be my disciple.
-Luke 14:28-30, 33 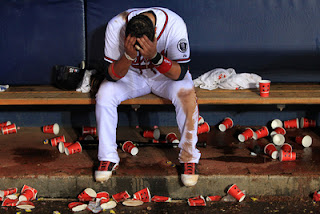