You turn things upside down, as if the potter were thought to be like the clay! Shall what is formed say to him who formed it, "He did not make me”? Can the pot say of the potter, “He knows nothing”? (Isaiah 29:16) 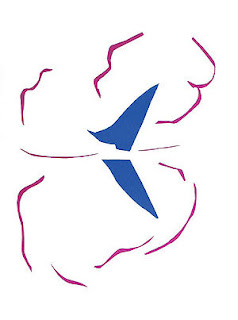 In 1961, officials at the Museum of Modern Art in New York made an embarrassing discovery. It was probably, in fact, the most embararssing thing that could happen to people who run an art museum. But there it was. No getting around it. This faux-pas was, quite literally, displayed on the wall for everyone to see. Up there right on the wall.
Upside down.
For seven weeks, this renowned museum had been displaying Le Bateau (The Boat), a work by Henri Matisse, upside down. The work is a paper-cut of a sailboat on the water, and includes the boat’s reflection in the water. That was the source of the problem. Whoever hung the painting originally thought that the reflection was the boat, and vice-versa. 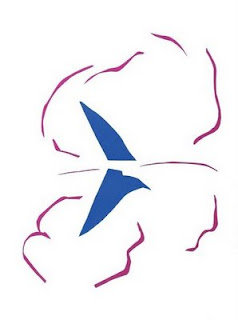 A stockbroker by the name of Genvieve Habert seems to have been the first to notice the mistake. He notified a guard at the museum, who apparently did...nothing. Or maybe he did. I mean, suppose he told one of the art experts at the Museum of Modern Art that one of their paintings was upside-down; is it likely that expert would take the word of a guard? Or even a stockbroker? And even if that expert had looked at the painting and thought that something didn’t look quite...right. What would he say? All his fellow art experts thought that the painting looked fine. How many people every day walked by and marvelled at the great artist’s mastery? Eventually, even if you have your doubts, you might begin to agree that upside down is indeed right side up.
Think not? Consider the following...
Shortly before Apple founder and CEO Steve Jobs died, he commissioned author Walter Isaacson to write his biography. Seems that he wanted his children to know who he was, and why he sometimes didn’t have time for them while they were growing up. How sad. How upside-down.
Or how about this? A popular reality show star divorces her basketball-player husband after 72 days of marriage, saying that she went through with it only because she got so caught up in the filming of the wedding for her TV show and didn’t want to disappoint people. And we give this person credibility in our world? Sad, as well. But kind of upside-down.
Upside-down thinking. When a husband puts his career ahead of the needs of the family, hasn’t he convinced himself that upside down is right side up? When we wail about teenagers having babies but then claim that abstinence isn’t a practical solution, aren’t we saying that upside down is really right side up? When we kid ourselves into believing that our children will do what we tell them to and not what they see us doing, aren’t we just telling ourselves that upside down is right side up? When we can take comfort in religion that hasn’t taken root in our hearts, when we praise God on Sunday and curse our fellow human beings on Monday, haven’t we made the same mistake as the art museum people?
Upside down thinking. The world makes it easy. Even when we know the difference, even when we see that something’s hanging upside down, the world skillfully convinces us otherwise. We begin to protest less loudly. Then we start to wonder if it really makes a difference. Then we finally just stop noticing.
Fortunately, Genevieve Hebert, the stockbroker who noticed that Matisse’s painting was upside-down, didn’t give up. He called the New York Times, who contacted the Museum of Modern Art’s then - Art Director, Monroe Wheeler, who made sure that the painting was hung properly so that visitors to the museum could see Matisse’s work of art as it was intended to be seen.
We follow a Lord who turned the world on its ear. He never stopped telling people that everything we knew - violence, hate, perpetual lust, oppression of the poor, disease, death - was part of a world that was upside-down. He talked about the humble being exalted. He claimed that the poor, hungry, and grief-stricken are blessed. He brought forgiveness from a cross and life from a tomb. When he turned his followers loose on the world, they didn’t buy its illusions for a minute. One of their opponents claimed that they had turned the world “upside down.” That just seemed true to him. What they did was turn it right side up.
What they did was follow Jesus in proclaiming that a day was coming when the world would be set right, as its Artist intended it to be from the beginning.
Will you do that in your world? You know your Lord well enough to know the difference between right side up and upside down. Ask hard questions. Push people to think through what they believe. Give them a different pair of lenses to see the world through. Give them a new frame of reference - God’s. Witness to the power of the gospel to set the world right, one life at a time.
But don’t just speak. Act. Upside-down thinking is burned into the cerebral cortices  of our world. Sometimes words just don’t get through. Sometimes people need to see what a right side-up world looks like. They need to see people give up self-interest to serve the poor and marginalized. They need to see someone forgive those who have hurt them. They need to see someone take the worst our upside-down world can give out and respond in love and grace. They need to see what it looks like when people aren’t afraid of death, or enslaved by sin, or weakened by self-indulgence.
I wonder what would have happened if Matisse could have visited that museum while his artwork hung on its head? I wonder how he would have felt about it. Well, the Artist that created this world will come back one day. Won’t it be good to be one of those who knew how his masterpiece was intended to hang?
And won’t it be good to have convinced a few others to see things right side - up, too?
Posted by Patrick Odum at 4:04 PM