But when this priest had offered for all time one sacrifice for sins, he sat down at the right hand of God, and since that time he waits for his enemies to be made his footstool. For by one sacrifice he has made perfect forever those who are being made holy.
The Holy Spirit also testifies to us about this. First he says:
“This is the covenant I will make with them
after that time, says the Lord.
I will put my laws in their hearts,
and I will write them on their minds.”
Then he adds:
“Their sins and lawless acts
I will remember no more.”
And where these have been forgiven, sacrifice for sin is no longer necessary.
-Hebrews 10:12-18 (NIV) 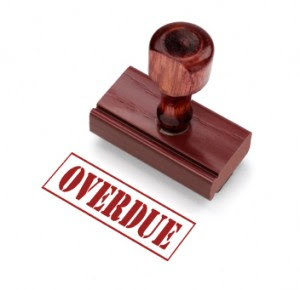 It wasn’t Harlean Hoffman Vision’s mistake, but she thought she might have to pay for it.
The overdue library book, a copy of The Picture of Dorian Gray, was originally checked out from the Chicago Public Library by a friend of her mother’s. It was a limited edition of Oscar Wilde’s novel about a man who had to pay for his sins, one of 480 copies of a 14-volume set published in 1911. Somehow, it wound up at Harlean’s mother’s house, and then when Harlean’s mother died, Harlean found it in a box in her attic. She felt bad about having it, but was afraid of the fine she might have to pay. I know: how much could an overdue library book cost?
Well, one that was due back to the library in 1934 could set you back quite a lot: $5,694.00 at 20 cents a day, in fact. (Harlean wasn’t aware that the Chicago Public Library caps fines at $10.)
Then, a couple of weeks ago, the library announced an amnesty that ends next Friday. That was just what Harlean wanted to hear, and so this week she returned the 78-year overdue book. The library was thrilled to have it for its historic value. And Harlean finally had it off her conscience.
“It's a neat story," commented Chicago Public Library Commissioner Brian Bannon. “People feel afraid, no matter how many times we tell them all is forgiven. ... But 78 years? It's hard to beat that.”
Amnesty. It’s a nice word, isn’t it? Kind of rolls off the tongue. When you and your husband are fighting and he extends an olive branch, that’s an offer of amnesty. When your boss tells you that you won’t be fired for a mistake at work, that’s amnesty. When a prisoner is freed, when an offense is forgiven, when a crime is expunged from a record, that’s amnesty. Wherever someone guilty is restored to innocence, amnesty has occurred.
The word comes from the same Greek word from which we get our word amnesia. It has to do with a kind of forgetfulness, in which someone in power chooses to “forget” to punish the perpetrator of a crime. In the case of library books, amnesty lets the library retrieve some lost books by essentially excusing the offense of the people that have those books in their possession. In the case of a gun amnesty program, for example, the police get some illegal guns off the streets by not prosecuting those who bring them in. Amnesty works best when, for whatever reason, punishing the guilty might actually serve to make things worse: books out of circulation, guns on the street. Amnesty is for those times when those who are most offended might choose a greater good than would be served by punishing infractions.
You and I have experienced amnesty, of course. The writer of Hebrews, using some of the words of Jeremiah the prophet, describes the amnesty that God has offered us. He offers it through Jesus’ “for all time one sacrifice” that “makes perfect forever those who are being made holy.” Notice the tenses there: we’re not made perfect because we’re holy, or to the extent that we become holy. It’s the other way around, in fact: through Jesus, God calls us perfect and then makes us holy.
That’s where the writer of Hebrews borrows Jeremiah’s language of new covenant. Though God is perfectly just to remember our sins, he chooses to forget. Because of Jesus, he “remembers no more” our offenses. God chooses selective amnesia rather than to punish us for our sins. He offers us amnesty rather than hold us responsible for a debt not one of us can pay.
Sometimes, like Harlean Vision, it’s hard for us to believe it. We carry our sins around with us, line them up on the bookcases of our hearts and minds and stare at them endlessly. We rehearse them, berate ourselves for them, beat ourselves up over the damage that they do in our lives. While it’s nice to hear about God’s forgiveness, in reality we sometimes struggle to receive it. Nothing in our lives, nothing in our world, nothing in our hearts makes the hope of amnesty an easy one to hold on to.
In the film O Brother, Where Art Thou?, the protagonist, Ulysses Everett McGill, is the practical type. When his companion in a prison break, Delmar, happens upon a baptism in the woods and joins in, he comes back to Everett rejoicing in his forgiveness. He believes in the preacher’s assurance that Piggly-Wiggly robbery for which he went to prison, and his subsequent lying about his innocence, are forgiven in God’s eyes. “Neither God nor man’s got nothing on me now,” he exults.
To which Everett answers, “I suspect the state of Mississippi might be a tad more hard-nosed.”
For every amnesty, there’s an Everett, sourly claiming that it can’t be so.
So, when the Everett in you claims that God’s amnesty is too good to be true, remind yourself of his promise: “I will remember no more.” God doesn’t remember those sins you carry around with you. In Jesus, he offers amnesty, and if you’ve received that amnesty in faith then there’s no reason to be afraid. Be responsible for the consequences of your sins, surely. Treat that amnesty bought by Jesus’ blood as the valuable thing it is, not as a “Get Out of Jail Free” card. But don’t carry around your guilt, not when God says he’s forgotten your sins. Receive it, thank him for it, and live a life that’s worthy of it.
“People feel afraid, no matter how many times we tell them all is forgiven...” Please let go of your fear and guilt and receive the amnesty God offers you in Jesus.
He doesn’t care to remember your sins. Why should you?