“No good tree bears bad fruit, nor does a bad tree bear good fruit. Each tree is recognized by its own fruit. People do not pick figs from thorn bushes, or grapes from briers. A good man brings good things out of the good stored up in his heart, and an evil man brings evil things out of the evil stored up in his heart. For the mouth speaks what the heart is full of.” (Luke 6:43-45) 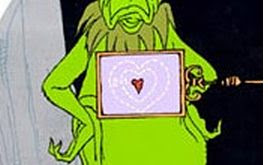 “I'm not a monster.”
So said Ariel Castro, the Cleveland bus driver who was sentenced this week to life plus 1,000 years after holding three women captive in his house for more than a decade.
Castro claims he’s mentally ill. He said in his statement that there was “a lot of harmony” in the house where he kept Michelle Knight, Amanda Berry, Gina DeJesus, and the child he fathered with Berry prisoners. Whatever he may be, he says he’s not a monster.
The 937 counts to which he pled guilty, including kidnapping, rape, assault and aggravated murder (he forcibly caused an abortion in one of his victims) might suggest otherwise.
A line from the first of Christopher Nolan’s Batman trilogy, Batman Begins, comes to mind. Bruce Wayne is trying to defend the playboy lifestyle he’s living (as cover for his secret identity) to his childhood friend, Rachel Dawes. He says, “Rachel, all this, it's not me. Inside, I am more.”
To which Rachel replies, “Bruce, deep down you may still be that great kid you used to be, but it's not who you are underneath, it's what you do that defines you.”
When it suits us best, we’d like to believe the opposite, I think. What man who walks out on his wife and children wouldn’t like to think that he’s a much better person than that abandonment might lead someone to believe? What woman who neglects and abuses her children wouldn’t like to believe that deep inside she’s really a great mom? What boss who bullies his subordinates wouldn’t like to imagine that he’s a great motivator? What church leader who uses his position to manipulate and control those who look to him doesn’t tell himself that his heart is in the right place? We’d like to tell ourselves that it’s what’s inside that matters: that our hearts are pure, even when our actions might be compromised by fear, or stress, or circumstances, or illness.
Jesus won’t let us believe it. Not if we take him seriously.
In one exchange with the religious leaders of his day, Jesus calls into question the validity of their unhealthy, unbalanced obsession with the Jewish food laws. In the course of explaining his position, he cuts the legs out from under any idea that our actions don’t define us, that we can be good people even if we behave monstrously. The religious people of Jesus day are worried about being defiled by what’s outside them: Jesus calls his disciples “dull” for paying attention to such an idea:

“Don’t you see that whatever enters the mouth goes into the stomach and then out of the body? But the things that come out of a person’s mouth come from the heart, and these defile them. For out of the heart come evil thoughts—murder, adultery, sexual immorality, theft, false testimony, slander. These are what defile a person...”  (Matthew 15:17-20)

You see? The source of whatever evil may be evident in our lives isn’t something outside us. Our hearts aren’t pristine, no matter how much we’d like to believe that under all the bad stuff we’re pure, and if only circumstances were different everyone would see it. We do evil because there’s evil in our hearts. We lie, we hate, we steal, we lust, we speak ill of others not because the world makes it unavoidable, but because we harbor those sins in our hearts. Sooner or later they come out of us: out of our hands, out of our mouths, out of our actions. When it happens, it’s not a fluke or a bad day. It represents something of who we really are to all who see and hear.
“Each tree is recognized by its own fruit,” says Jesus in another place. If a tree’s producing bad fruit, you don’t argue with the gardener who calls it bad. “No, that tree is just misunderstood. If only conditions were better. If only circumstances were different. It’s really a good tree.”
By what standard?
The same is true of people: “The mouth speaks what the heart is full of.” If we speak abusively, we’re abusive. If we speak dishonestly, we’re dishonest. If we speak and act in ways that are evil, then evil is what we are. We may hate it. We may have trouble admitting it. But the fact remains.
The fruit your life bears doesn’t lie.
That’s not to say that God can’t change hearts: in fact, that’s exactly the business he’s in. It’s not to say that there’s not forgiveness available for even our most monstrous acts. The point is to keep us from kidding ourselves, imagining that we’re good people who just need a little touch-up, a little sanding of the rough spots, a little spackle on the cracks. It’s to keep us from minimizing the sin in our lives. It doesn’t just float on the surface of our lives, like an oily film on otherwise pure water. It bubbles up from deep down, contaminating and polluting. We may tell ourselves and others over and over that we aren’t sinners, that we aren’t evil people, that deep down we’re good and that’s what counts. But nobody’s buying, and we shouldn’t either.
Nothing but a change of heart can fix what’s wrong in our lives. Not more religion. Not more good deeds. Polishing up the surface doesn’t address the heart problems underneath. All that will suffice is a change of heart, and that only happens when we’re honest with ourselves about who we are and come to Jesus looking to be made right.
“God’s love has been poured out into our hearts through the Holy Spirit, who has been given to us,” Paul wrote in Romans. The Holy Spirit transforms even the worst of hearts. He makes us new from the inside out. How could that be?
“You see, at just the right time, when we were still powerless, Christ died for the ungodly.
We’re monsters, all of us, in one way or another, Grinches all, with hearts too small. And Christ has died to heal us.
May the love of God transform and enlarge and open our hearts.


And may we never forget that if we’re not monsters, it’s only because of that love.
Posted by Patrick Odum at 5:23 PM