So in Christ Jesus you are all children of God through faith, for all of you who were baptized into Christ have clothed yourselves with Christ. There is neither Jew nor Gentile, neither slave nor free, nor is there male and female, for you are all one in Christ Jesus. If you belong to Christ, then you are Abraham’s seed, and heirs according to the promise.
-Galatians 3:26-29 (NIV) 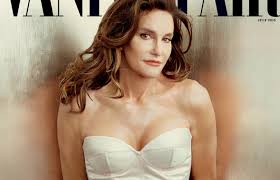 1 I choose to use the name “Caitlyn,” and female pronouns, because that’s what she has chosen to use to refer to herself. That’s a basic courtesy that we give to any human being.

2 I’m aware that some would say that Romans 1:26-27 prohibits same-sex attraction, and not just homosexual activity. I would point out that the “unnatural lusts” mentioned in that text lead to sexual immorality. The point of the passage is still behavior, not identity.
Posted by Patrick Odum at 3:27 PM