“Let everyone be subject to the governing authorities,  for there is no authority except that which God has established. The authorities that exist have been established by God. Consequently, whoever rebels against the authority is rebelling against what God has instituted,  and those who do so will bring judgment on themselves.”
-Romans 12:1-2 (NIV) 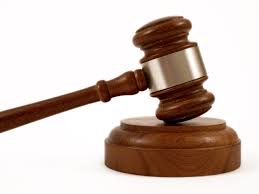 This week the Supreme Court of the United States voted 5-4 that gay couples have the right under the Constitution to be married. The ruling legalizes same-sex marriage in all 50 states, and provides protection for gay couples who are denied the right to marry. And it also brings up some important questions for people of faith who believe that the Bible condemns homosexuality.
Do churches still have the right, under this new ruling, to refuse to perform marriage ceremonies for same-sex couples? Will religious colleges and universities that provide housing for married students now be required to provide housing for same-sex married couples? Or how about a business whose owners can’t in good conscience cater or decorate or take photos of a same-sex marriage? As usual in rulings like this, those individual questions, and others like them, will be decided later, and provide precedent and case law for largely unexplored judicial territory.
As a resident of a state in which same-sex marriage has been legal for a couple of years, I can honestly say that it really hasn’t had much impact on my daily life. Though it makes headlines and generates a lot of heat on Facebook, I suspect what most of us will find is that little changes. Maybe homosexual couples will find that they face less discrimination and outright abuse, which, as one who believes that every person is created by God and bears his image, I think is good.
And, I don’t know, maybe justice is done in this. Governments have always allowed some marriages that the church couldn’t support: it hasn’t been illegal for a long time now for adulterous couples to leave their spouses and marry, and despite that fact many churches today still wouldn’t sanction that marriage. Most of us wouldn't think to argue that couple shouldn’t have the legal right to get married. We’d just not be a part of it.
Paul told the church at Rome to “be subject to the governing authorities.” The church at Rome. Where the chief executive, legislature, and judiciary was a guy they called Caesar, who required every resident of his Empire to show their loyalty to the state by venerating his predecessors as gods. Paul had been imprisoned for his faith by the government he told other believers to subject themselves to. He had been beaten. He didn’t think Rome was necessarily a benevolent power. But he did believe it was the power God in his wisdom had raised up, and for him that was enough reason. “Be subject to them,” he said. “There’s no political power other than the ones God has raised up, and so if you rebel against those powers you rebel against him. And there’s nothing in that for you but judgment.”
So here’s a crazy thought: what if what the Bible says about governments is actually true? What if God actually is in charge of the universe, and there’s never been a government in power that he didn’t place there? What if, in a week in which some American believers are feeling kind of understandably like our government thumbed its nose at God, God is actually, somehow, at work, doing something that maybe we don’t understand, or at least in a way that we don’t understand? And how unfortunate would it be if, in all our righteous indignation, we missed it?
Please understand, I don’t know what God might be doing. I assume he’s still in charge, and that his work in the world isn’t off the tracks in the slightest because of this, but I can’t tell you exactly what it is that he might be up to. Maybe he’s waking up the church, rousing us out of the drowsiness that being part of a Christianized culture has kept us in. Maybe, as we find ourselves increasingly in the ideological minority, we’ll finally start to wake up to the fact that we aren’t called to be the triumphant beneficiaries of society, but its prophetic and sacrificial redeemers.
Maybe he’s humbling the church for the years in which we have lived in self-righteous smugness, pointing out the sins of others while glossing over our own. Or maybe he is working his justice in the world, for people who have too often been the recipients of injustice, hatred, and discrimination. If so, it’s sad that he had to use the Supreme Court, and not his people.
The apostle Peter wrote, to a persecuted, minority church, “Submit yourselves for the Lord’s sake to every human authority.” He and Paul might have been comparing notes. But then he goes on to tell this church to “Live such good lives among the pagans that, though they accuse you of doing wrong, they may see your good deeds  and glorify God  on the day he visits us.” If God is on the throne, then the important thing is not that my candidates win the elections, or that the policies I support carry the day, or that the Supreme Court rule against same-sex marriage. What matters is that, whatever the government I live under might do, I live a life so good that no one can honestly find fault with it, that I bear up under whatever hardship or persecution I may have to face without a trace of bitterness, belligerence or hatred, but with the love of Jesus as my model and my catalyst.
What if the worst happens, and we find our churches caught up in costly lawsuits? That’s only a worry if we think the church is property and budgets and bottom lines. What if we have to get out of the marriage business altogether? That’s only a problem if we think that the only business of the church. The church, though, is the people of God in the world. And its business is proclaiming and embodying the good news of Jesus. And nothing that happened in Washington this week, and nothing that might happen next week, changes that.


God is still on the throne. May we now, as always, embody his love and grace to a splintered, angry, hostile world full of hurting people grasping for whatever shreds of humanity they can find.