Laughing Through the Barrel Rolls

“Ask and it will be given to you; seek and you will find; knock and the door will be opened to you. For everyone who asks receives; the one who seeks finds; and to the one who knocks, the door will be opened.
“Which of you, if your son asks for bread, will give him a stone? Or if he asks for a fish, will give him a snake? If you, then, though you are evil, know how to give good gifts to your children, how much more will your Father in heaven give good gifts to those who ask him!”
-Matthew 7:7-11 (NIV) 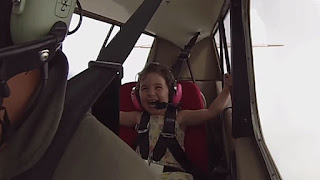 
And thanks, Dad, for being the first to show me what to expect from a God I can call Father.