…[T]he prayer offered in faith will make the sick person well; the Lord will raise them up. If they have sinned, they will be forgiven. Therefore confess your sins to each other and pray for each other so that you may be healed. The prayer of a righteous person is powerful and effective..
-James 5:15-16 (NIV) 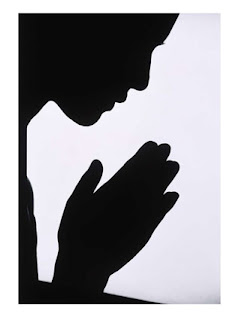 In the aftermath of the murders this of 14 people in San Bernardino, California, social media have been alive with the usual debates over how to stop mass shootings going forward. Predictably, a lot of the back and forth has been centered on the issue of gun control. Well and good, except why does that debate only seem to take center stage when families are grieving such tragic losses? It seems like the victims get lost, don’t they, obscured by the ramblings of politicians from both sides of the aisle currying favor with their voters and constituents?
One might, I suppose, make the same accusations about ministers writing on blogs.
This week, though, has seen the inclusion of  a new issue du jour: prayer-shaming.
That’s what Atlantic contributor Emma Green called the trend, anyway. She was pointing to the reactions by some to the usual outpouring (again, largely by politicians) of “thoughts and prayers” messages. “Think and pray about passing sensible gun reforms,” says one. “Stop thinking. Stop praying. Start acting on gun violence prevention measures,” says another. One writer re-tweeted the “thoughts and prayers” messages of several prominent politicians, along with the amount of money they have taken from the NRA. The implication of responses like that is that prayer can be a hedge against the need to actually do anything. (And that “anything” is stricter gun control legislation.)
The New York Daily News captured the feeling with their headline: GOD ISN’T FIXING THIS.
Though it might shock some who have no idea what Christians believe beyond what media tell them that we believe, Christians differ over gun control. For the purposes of my credibility in writing this, let me say that I don’t think there is any reason for the average person to own many of the weapons and high-capacity magazines that the San Bernardino shooters apparently had in their possession. I think that’s more common sense than liberalism, by the way. So what I’m about to say has nothing to do with whether or not I think tighter restrictions on gun ownership is a good idea — I think it is.
It has everything to do with the fact that I think prayer is a good idea.
Those of us who are believers can and should pray for the families of the victims, that God will comfort them, and that they will find healing and hope in the promises of the gospel.
We can pray for justice. We can pray that people who believe that their hurt and anger is justification for murderous intent will be found and stopped before their intentions can be realized.
We can pray for forgiveness, asking ourselves if we may have had any part in creating a society where mass murder is so easy. We can pray for forgiveness when we stereotype entire cultures and races based on the actions of a few.
Maybe most challenging: we can pray for our enemies, as Jesus commands us and models for us. We can pray for the repentance of those who persecute us, their conversion, their salvation. We can pray for the healing of their broken minds and hearts that have led them to such a terrible place. We can even pray for their forgiveness, secure in the knowledge that God’s justice will be done, and that vengeance and retribution belong to him.
The foundation of our faith, after all, is that God acts, that he is at work in the world, and that sometimes he acts in response to the prayers of people of faith. He doesn’t always. There’s no rule that says he must. We don’t control him or manipulate him with our prayers, and sometimes for his own reasons he doesn’t answer the prayers of the community of faith as we’d like him to. But we don’t stop praying, because to stop praying is to give in to the conceit that the only way to change anything is through legislation or power or aggression or wealth. People of faith believe that it’s foolish to trust in human resources to the exclusion of God. That’s why we pray.
Not to avoid actually doing anything.
That’s because when people of faith pray, it changes our outlook on the world. There will always, of course, be those in our world who wear faith like a costume. Jesus called them out for what they were doing: play-acting. They haven’t disappeared from our world, and it’s probably true that some of them have successful political careers going. But when believers pray, it sharpens our concern for the world around us. It doesn’t dull it. Think of Mother Teresa in Calcutta: she prayed for the poor, but she didn’t stop there. Her prayer led to her being among them. When the community of faith prays about the grief and violence in our world, it raises our eyes toward the horizon and leads us out into our world to be the hands through which the Lord does his work.
So, begging the pardon of those who doubt its efficacy, or who have political points of their own to score, when tragedies like the one in San Bernardino occur, I’ll pray. I’ll pray for comfort for the victims, and that the perpetrators will be stopped, and that further incidents will be prevented. The Holy Spirit helping me, I’ll even pray for the repentance and forgiveness of those who do such things. I’ll pray because God can do so much more than I can, and because he knows what do to when I don’t.
I’ll pray for wisdom and guidance to see what has to be done, and strength to do it.


I’m not going to be ashamed of that.